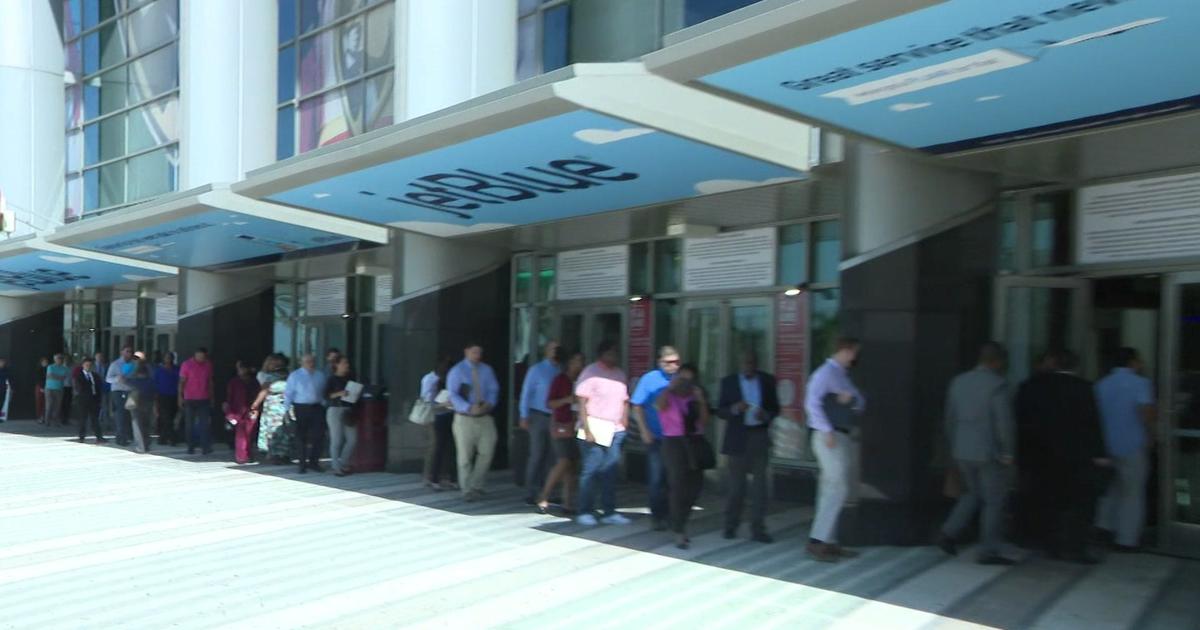 SUNRISE – The promise of a job drew 4,000 job seekers to the FLA Live Arena Thursday morning in Sunrise and by 10 a.m., when the doors opened, there was already a long line of applicants waiting.

“People are ready to get back to work,” Tiffany Price, JobNews South Florida General Manager said.

JobNews puts on the event, and Price estimates that within the first 30 minutes 1,000 people walked through the doors, whereas typically these fair average 1,500 people over its entirety in 4 hours.

For some, it meant being able to shop around to see how potential employers could compete for labor.

The companies ranged in various fields, with some even offering 6 figures, those positions included city engineer, graphic designer, general manager, and sales; though these positions typically require much more experience.

Price also thinks the big crowd is a sign that more workers are re-entering the workforce as the pandemic eases.

Of course, 2008 was the year the housing market collapsed leading to a recession, it’s unclear what is in store for the economy soon, but for now it remains a job seeker’s market.  Anyone interested job openings can also visit, jobnewsusa.com for more information.