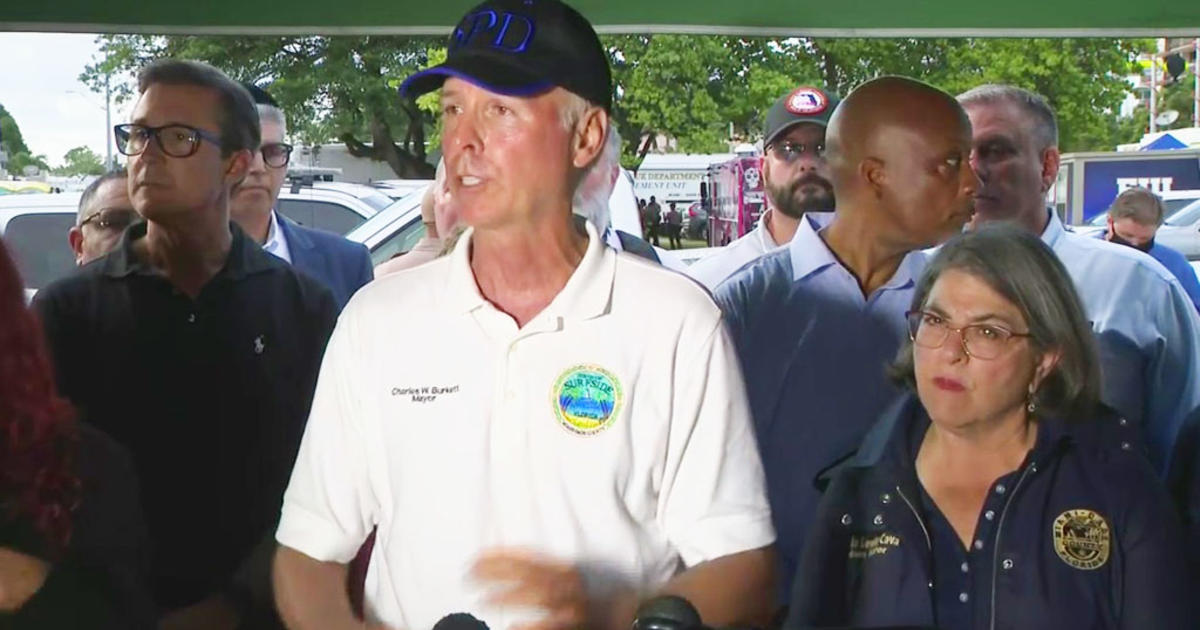 SURFSIDE – The former mayor of Surfside, Charles Burkett, is reflecting on the Surfside building collapse nearly one year later.

He told CBS 4, “This cracked open a whole different side of my persona.”

Burkett got a call around 2 a.m. after part of the building came down. At first, he thought it was something minor and considered not going. When Burkett showed up, he parked a couple of blocks away on Harding Street. The area was swarmed with first responders. Burkett said, “It was a mass rescue vehicles. It was dark, it was quiet and there were lights flashing.”

Once Burkett made it closer to the building, he realized the large-scale devastation that just hit his community. He said, “What you’re seeing in living color a catastrophe of proportions that this country has really seen.”

For weeks the former mayor met with first responders, families, and local leaders. Days of little sleep and little rest but, constant concern wondering what cause part of this building to come down.

Burkett said, “There was something there that caused the building to fall down and we have no idea what that was as we speak right now. We really need to get the answer to that question.”

Burkett tells CBS 4 he is frustrated with a lack of answers and believes many in the area are frightened it could happen again.

He said, “We have engineers that I can’t say ‘hey you’re building safe.’ They can say it looks pretty good. But, they can’t say with absolute certainty that it’s safe and that’s a problem.”

Burkett believes Miami-Dade county has made strides when it comes to condo safety. But, said you cannot prescribe the cure to something without knowing what the disease is.

The former mayor says since the collapse his life has been forever changed.

He said, “You never know when your time is going to be up. And these people went to bed thinking it was going to be just another night another day, and that was it.”