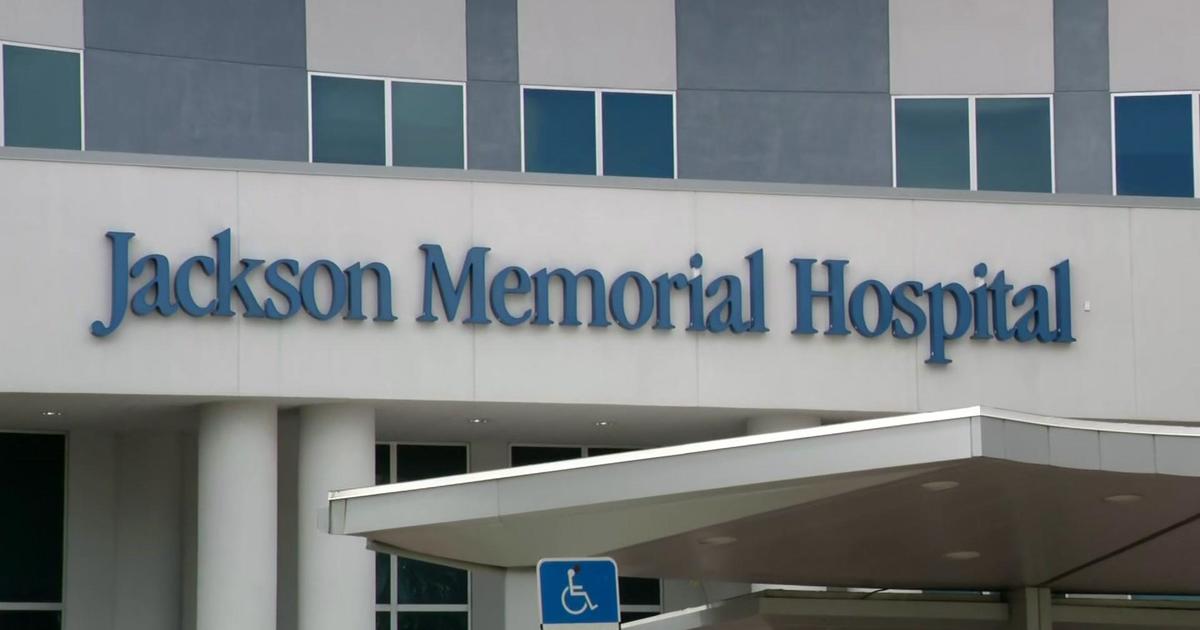 President and CEO Carlos Migoya told CBS4’s Joe Gorchow they spend around $150 million annually to fill those spots through temp agencies and overtime.

One way to ease that financial stress is to recruit people to work in healthcare.

“Making sure that a lot of new people, who are really interested in healthcare, join healthcare. That does take time,” he said.

Migoya said the financial hit could not come at a worse time.

“Being the biggest Medicaid provider in the state, we had the biggest cut, which is $71 million,” he said.

At a Miami-Dade Commission meeting Tuesday, Migoya said Jackson Health is in a precarious financial situation.

“I believe this year we will still be profitable,” he said, “but we have some stormy times ahead of us.”

“Frankly, I don’t see how that changes in the next two to three years.”

Jackson is a not-for-profit hospital. Migoya says their profit margins are much smaller, around 2%.  And around 13% of patients cannot afford to pay.  That’s not the concern, but to deal with rising costs, adding more paying patients to the system is vital.

“Today, I feel really good in spite of the fact that healthcare costs being what they are and margins being tight, we are going to be able to continue to do what we need to do.”

Facility expansion over the last decade has added more paying patients to the system.

The main challenges remain dealing with inflation costs and supply chain issues. But the patients will not see those issues in the form of care.

“If they need additional meds, they have the meds.  They don’t know it costs an additional 15%.  The cost of care isn’t the same as the level of care.”

Where patients might feel the impact is their wallets down the road.

“We need to reduce the costs the best we can to keep that margin safe.”

Joe Gorchow joins CBS4 News as a seasoned reporter and anchor with extensive live and breaking news experience. Joe’s competitive nature and passion for connecting with the community blend perfectly into his role at WFOR. He strives to provide the coverage our viewers deserve.