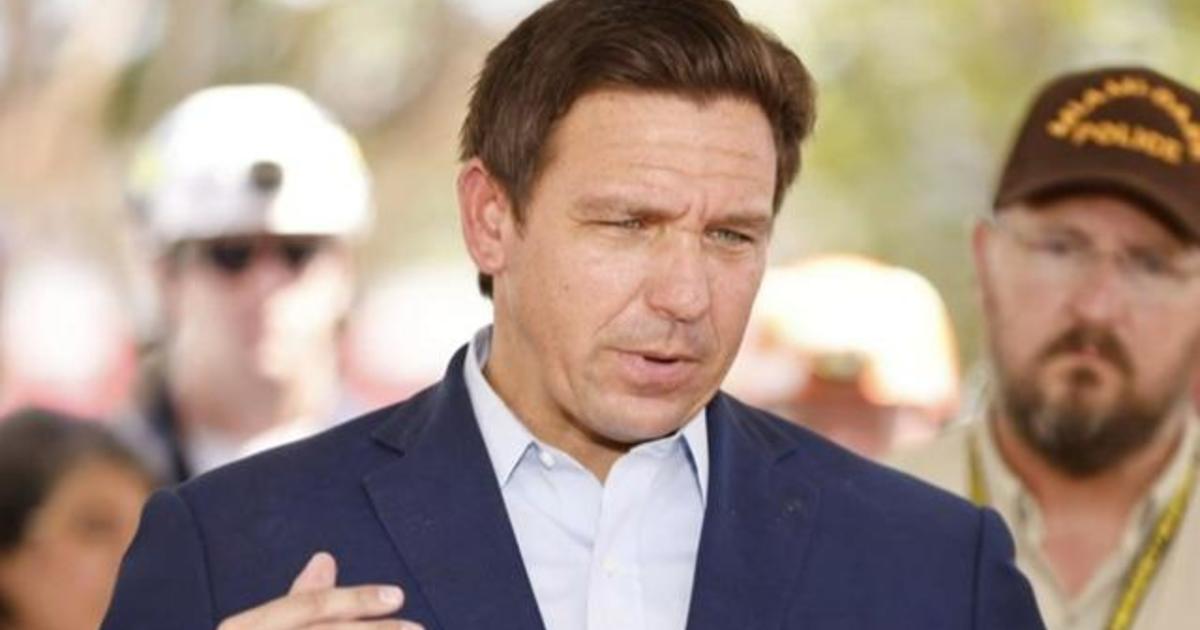 TALLAHASSEE – About six hours after he was suspended Thursday by Gov. Ron DeSantis, Andrew Warren insisted he was still Hillsborough County’s top prosecutor — and that the governor was trying to “overthrow” democracy.

“I’m still doing this job as state attorney. I’m the twice-duly elected state attorney of Hillsborough County. And the governor signing something with a pen or a crayon doesn’t change that,” Warren, a Democrat, said of DeSantis’ order.

But that didn’t stop Warren from going ahead with an afternoon press conference to announce new developments in two grisly 1983 crimes — separate rape and murder cases, one that went unsolved and another that initially resulted in a wrongful conviction.

It wasn’t Warren’s work on those cases that drew the governor’s ire.

As DeSantis wages a scorched-earth campaign against all things he deems “woke,” the governor targeted Warren over his professed refusal to enforce a new law preventing abortions after 15 weeks of pregnancy.

“The conduct that he has done has fell below the standard that’s required in the Florida Constitution. When you’re saying you’re not going to enforce certain laws you don’t like, that’s a neglect of duty,” DeSantis said.

The Legislature passed the 15-week abortion law during this year’s legislative session, and DeSantis signed it in April. Providers could face third-degree felony charges for breaking the law.

Warren recently signed a joint letter along with more than 90 other prosecutors from across the country promising to avoid prosecuting people for providing or seeking abortions.

The letter was published in June by the organization Fair and Just Prosecution, which bills itself as bringing together elected local prosecutors to promote “a justice system grounded in fairness, equity, compassion, and fiscal responsibility.”

During his Tampa appearance to announce Warren’s suspension, the governor invited law-enforcement officials from the Tampa Bay area to pile on.

Former Tampa Police Chief Brian Dugan, who retired last year, called Warren a “fraud” and criticized Warren for not prosecuting 67 Tampa protesters who were arrested during demonstrations after the death of George Floyd in 2020 in Minneapolis.

Warren also signed a separate letter last year “condemning the criminalization of transgender people and gender-affirming healthcare,” which also was published by Fair and Just Prosecution.

“That’s a debate that we’re having mostly administratively and through medical licensing in Florida. But other states have enacted penalties on the people who would perform those, which are really disfiguring these young kids. And (Warren) said it doesn’t matter what the Legislature does in the state of Florida, he’s going to exercise a veto over that,” DeSantis said Thursday.

DeSantis said he will pursue Warren’s eventual removal from the 13th Judicial Circuit post, which would need approval from a Republican-controlled state Senate that has time and again delivered on DeSantis’ requests.

Warren on Thursday said he has “a feeling” that DeSantis’ order suspending him “is going to be just as unconstitutional” as the 15-week abortion law.

Francis, who was among six finalists sent to DeSantis by the Florida Supreme Court Judicial Nominating Commission this summer, will replace outgoing Justice Alan Lawson, who will retire from the bench on Aug. 31.

He billed her as understanding what the “proper role of the judge is” under America’s constitutional system. She will be the first Jamaican-American justice.

“And I also think being an immigrant, she probably has more appreciation for our constitutional system,” the governor said, noting Francis attended law school after starting her own business. “I believe this appointment of Judge Francis is one that will really reinvigorate and fortify our judiciary in a very positive way but also send a great message that you can realize your dreams.”

Francis, who called herself the “epitome of the American dream,” echoed DeSantis’ judicial philosophy during a Friday news conference.

“As a student of history, I was and I remain in awe of the United States Constitution,” she said. “The Florida Supreme Court protects the people’s liberty, and inherent in the way that we do that is by respecting and observing the limited role that judges play in our constitutional system of government.”

With four of the seven-member court’s justices appointed by DeSantis, the Republican governor will leave his Federalist Society imprint on the Supreme Court for decades to come.

A first-of-its-kind role in Florida’s state government will oversee a “massive” effort to address opioid addiction in counties that need it most.

Courtney Phillips, a psychologist who is director of behavioral health for the Health Care District of Palm Beach County, will serve in the newly created role of statewide director of opioid recovery.

Phillips will oversee a new program called the Coordinated Opioid Recovery, or CORE, Network, which was announced by state leaders Wednesday.

The network is based on a pilot treatment program in Palm Beach County that state health officials touted as a success.

The program’s rollout came after nearly 2,000 overdose deaths in Florida this year.

Public and private organizations will work together in treatment networks, officials said.

The organizations will team up to provide emergency services, then patients will be stabilized at specialty hospitals and finally transferred to long-term care facilities.

The program will start in Brevard, Clay, Escambia, Gulf, Marion, Pasco, and Volusia counties. A second phase will include Citrus, Duval, Flagler, Manatee, and Pinellas counties.

STORY OF THE WEEK: Saying that a twice-elected Hillsborough County prosecutor has put himself “above the law,” Gov. Ron DeSantis on Thursday suspended State Attorney Andrew Warren for pledging to not enforce Florida’s 15-week abortion law.

QUOTE OF THE WEEK: “I’m not going to mince words: this is a shocking political attack on an elected official serving the people of Hillsborough County. Andrew Warren is being removed because he assured our community that he will not be a foot soldier in Ron DeSantis’ extremist agenda.” — incoming House Minority Leader Fentrice Driskell, D-Tampa