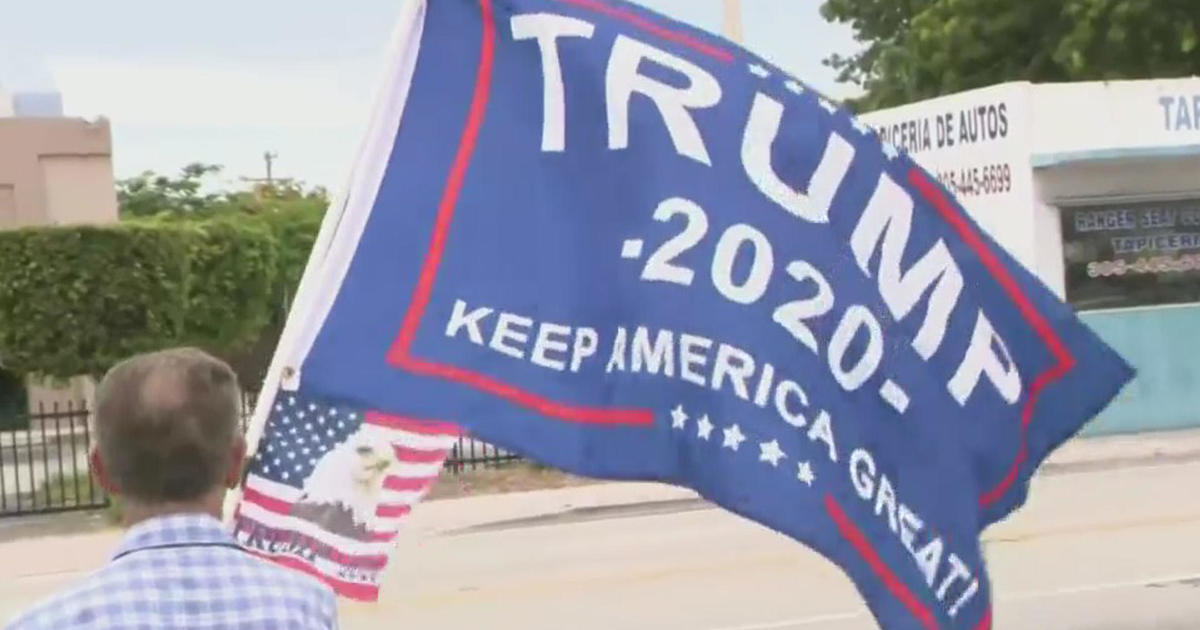 On Saturday, a caravan traveled from the Westland Mall in Hialeah to a Publix on Southern Boulevard. From there, they plan to hold a rally of support outside Mar-a-Lago.

Another demonstration in support of the 45th president was held in front of the Versailles Restaurant on 8th Street in Little Havana. Those who showed up said what happened to Trump was unfair and an abuse of power.

“It’s not fair what they are doing. If they want to investigate, they should take another action and not the way they did to get into his personal, his house and the personal stuff for his wife,” said Maria Novo.

“I think there’s still more information that needs to come out, but I absolutely believe that it was a miscarriage of justice and abuse of power and something that is unprecedented in our country,” said Lee Ramos.

According to property receipts unsealed Friday by U.S. Magistrate Judge Bruce Reinhart, FBI agents took 11 sets of classified records from the estate during the search on Monday.

The seized records include some marked not only top secret but also “sensitive compartmented information,” a special category meant to protect the nation’s most important secrets that if revealed publicly could cause “exceptionally grave” damage to U.S. interests. The court records did not provide specific details about information the documents might contain.

The warrant says federal agents were investigating potential violations of three different federal laws, including one that governs gathering, transmitting or losing defense information under the Espionage Act. The other statutes address the concealment, mutilation or removal of records and the destruction, alteration or falsification of records in federal investigations.

The property receipt also shows federal agents collected other potential presidential records, including the order pardoning Trump ally Roger Stone, a “leatherbound box of documents,” and information about the “President of France.” A binder of photos, a handwritten note, “miscellaneous secret documents” and “miscellaneous confidential documents” were also seized in the search.

CBS News has learned that, in June, a lawyer for Trump signed a declaration stating that all classified materials at Mar-a-Lago had been turned over to the government.

In a statement earlier Friday, Trump claimed that the documents seized by agents were “all declassified,” and argued that he would have turned them over if the Justice Department had asked.

Trump reportedly kept possession of the documents despite multiple requests from agencies, including the National Archives, to turn over presidential records in accordance with federal law.

The Mar-a-Lago search warrant served Monday was part of an ongoing Justice Department investigation into the discovery of classified White House records recovered from Trump’s home earlier this year. The Archives had asked the department to investigate after saying 15 boxes of records it retrieved from the estate included classified records.

It remains unclear whether the Justice Department moved forward with the warrant simply as a means to retrieve the records or as part of a wider criminal investigation.

The former president and his allies have denounced the search as a politically motivated raid carried out by the Justice Department.

Trish Christakis has been reporting for the CBS4 Miami team since February 2022.