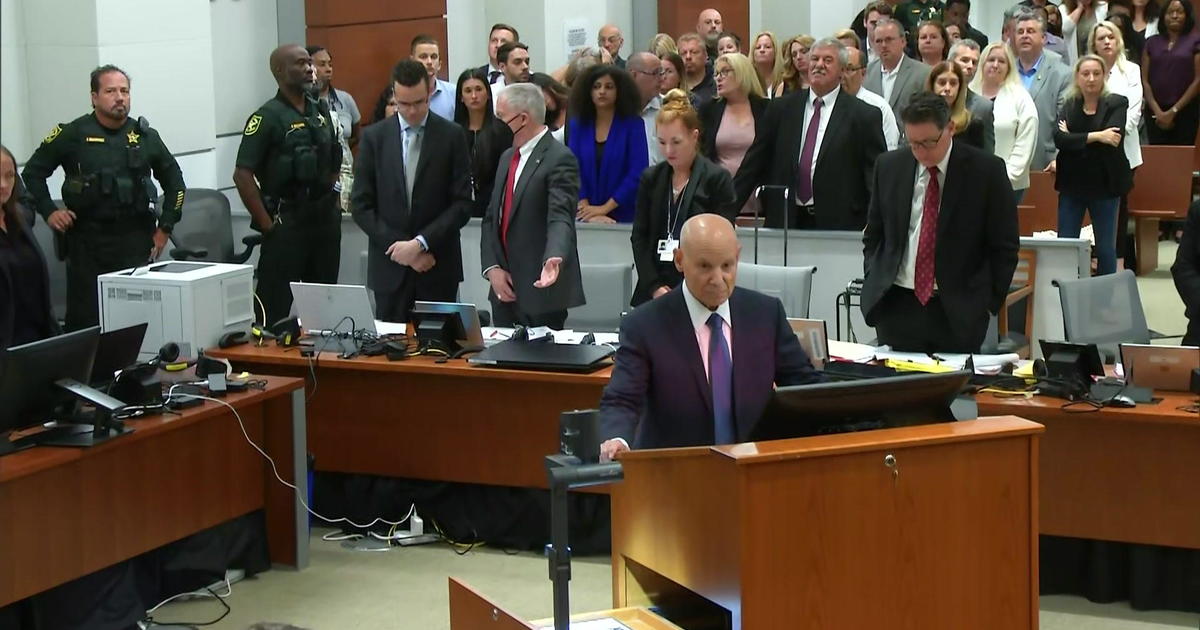 The state wrapped up their case against the confessed Parkland shooter.

Before the state rested, with tears streaming down her face, the mother of Peter Wang held his picture for the jury to see.

With her niece translating for her,  she said even 4 years later, she can’t accept that he’s gone.

“Peter was the perfect son. Everyone told me I was so lucky to have him. He was goofy, respectful, outgoing and a quality of giving that leaves marks in people’s hearts,” she said.

With the confessed killer just feet away, Wang’s mom explained that her son, part of the ROTC with dreams of military service, had a smile that could shine through darkness and that now their lives are changed forever.

“Each night in bed, I wonder how life would be if Peter was still here. And I wish I could go back in time to see him again, hug him again, kiss him again,” she said.

Helena Ramsay’s mom told the jury at just 17, that her daughter was interested in humanitarian and environmental issues.

“As Helena’s mother, I was most impressed by Helena’s wisdom and strength of character,” said Anne Ramsay.

She told the jury how her murder forever changed their family.

“Helena was murdered on her father’s birthday, February 14, Valentine’s day.  That day will never be a celebration and can never be the same for him and is now filled with pain as is every day,” said Ramsay.

Corey Hixon hugged his mom saying, “I miss him,”  tearfully sharing stories about his dad — his best friend — Chris Hixon. “Every Saturday he ran to Denny Donuts and walked back,” he recalled.

Chris Hixon was the athletic director and campus monitor who was murdered running into Marjory Stoneman Douglas to save children from the volley of gunfire.

“The house that we shared doesn’t feel like the home we built because home meant Chris,” his wife Debra said.   “Going to an empty bed is a constant reminder that he’s gone. The night no longer brings intimacy and comfort just the loudness of the silence,” she said.

Wife Debra Hixon told the jury there’s a hole in their family that will never be filled. “I’m heartbroken that our journey ended too soon. We weren’t done making memories, sharing our dreams or living our life together,” she said.

Hixon’s oldest son said his dad inspirited him and everyone he met. “My dad was an extraordinary man living an ordinary life. And he made a difference in live of countless students, friends and family,” Thomas said.

With the state resting, the judge excused the jury until August 22nd. That’s when the defense will begin their case.

The attorneys will be back August 15 for a hearing.