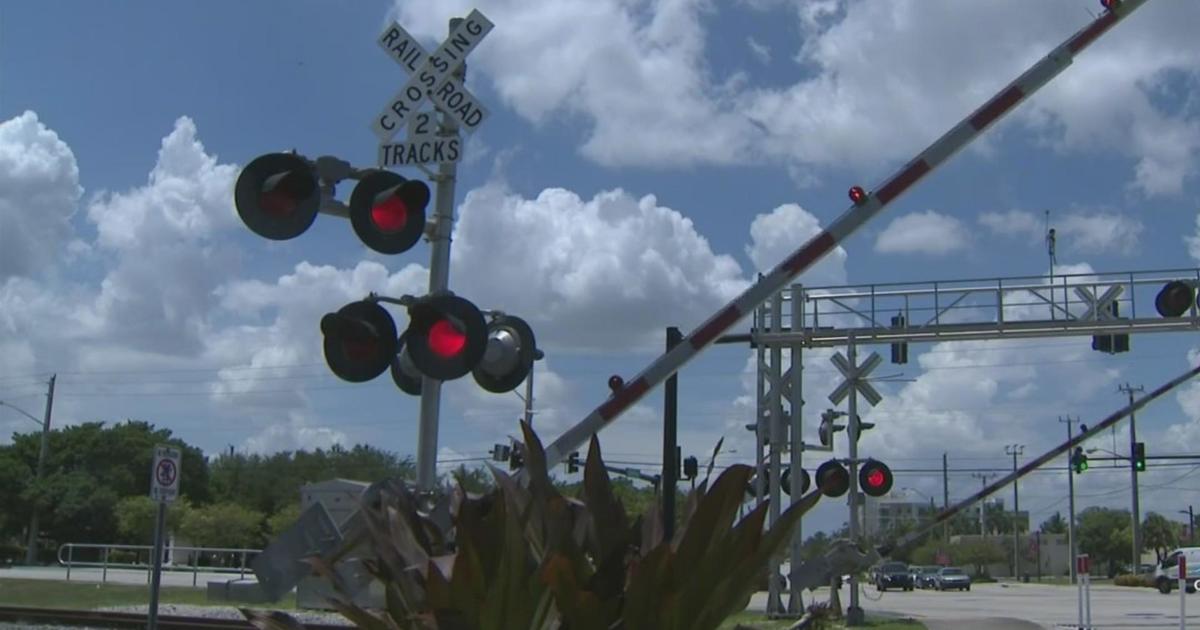 DEERFIELD BEACH – You see a lot on the tracks –pedestrians carelessly crossing when a train is coming to cars going around the gates, sometimes ending tragically.

“You see it,” said driver Margarita Median. “You see people actually take off and speed faster when the lever comes down.  Of course, everybody goes around. It’s scary.”

According to the Associated Press, more than 60 people have been killed since Brightline first began running in mid-2017.

“You’re literally taking your life in your hands when you are trying to race that gate and beat it,” said US Rep. Debbie Wasserman Schultz.

With federal, state and local lawmakers on hand, Brightline is receiving money to make some big safety improvements. It includes a $25 million federal Raise Grant, $10 million from the Florida Department of transportation and $10 million from Brightline.  Those improvements span seven counties from Miami-Dade to Brevard.

“The Raise Grant is going to make significant safety improvements that will save lives,” said Miami-Dade Mayor Daniella Levine Cava.

You’ll see things like plastic poles placed between traffic lanes at crossings. They’re there so cars can’t go around the gate.

“The problem is the people that try to run the crossings,” said Bill, a driver who did not want to give his last name. “As far as having those things there, maybe it’ll slow them down. You know how it is on 95, all of them are plowed over from people running over them.”

You’ll also see 33 miles of fencing stopping people from walking across the tracks at unmarked areas.  And many crossings will get a paint job on the road called Dynamic Envelopes.

“The Dynamic Envelopes are sort of like, have you ever seen an intersection that has been painted that say ‘stay out of the box?’ It’s the same concept.  These are specifically designed for rail crossings so people don’t stop in that box,” said Brightline President Patrick Goddard.

The plan is also to put up 150 warning signs and 170 suicide crisis hotline signs. The goal of all this is more safety at rail crossings.

“When you see these train gates come down, you are not going to beat a train, do not try, don’t do it. Be safe, be smart,” urged Broward Mayor Michael Udine.

Brightline said the safety improvements should be completed next year.