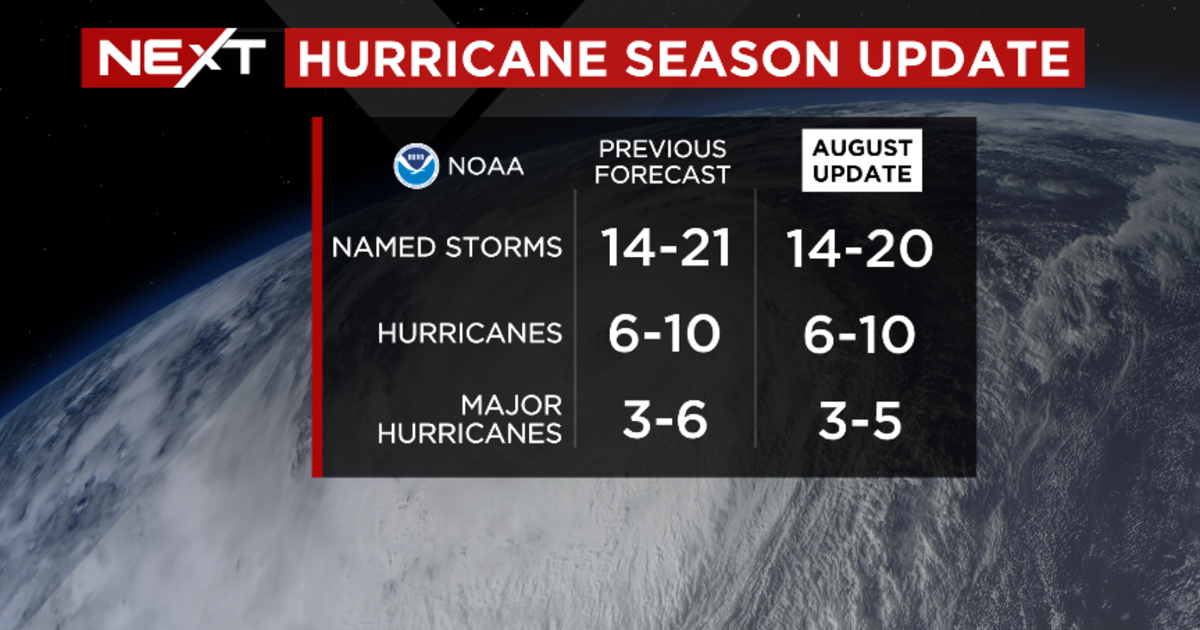 MIAMI – As we head into the so-called heart of the Atlantic hurricane season, the National Oceanic and Atmospheric Administration has updated its outlook.

On Thursday, NOAA predicted we will see 14 -20 named storms, of which 6 -10 will become hurricanes and 3 -5 will strengthen into major hurricanes – Category 3 or stronger with winds of at least 111 mph. This includes the three named storms we’ve already had.

Last May, it predicted 14-21 named storms, including 6-10 hurricanes and 3-6 major hurricanes.

This is the seventh consecutive year they’ve forecast an above-average hurricane season.

In July, forecasters with Colorado State University updated their outlook. They predicted 20 named storms, including 10 hurricanes of which five would be major hurricanes.

The above-average season was partially attributed to La Niña, which is forecast to continue through the remainder of the Atlantic hurricane season.

Of the 21 named storms, only two impacted South Florida. Elsa and Fred, both tropical storms while near South Florida, were mostly rainmakers and gave the area brief tropical-storm-force winds.

Louisiana was hit hard again when Hurricane Ida made landfall as a Category 4 hurricane on the 16-year anniversary of Hurricane Katrina’s landfall.

The 2021 season was the second year in a row that exhausted the list of storm names. Dissipating in early November, tropical storm Wanda marked the 21st named storm of the 2021 Atlantic hurricane season.