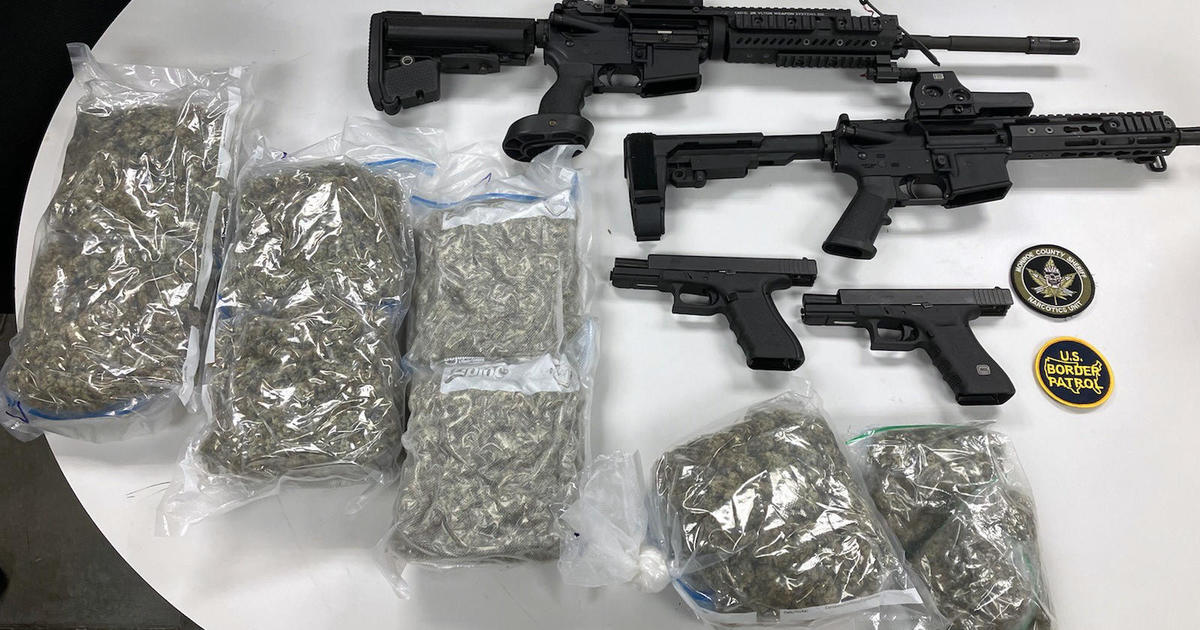 MIAMI – A search warrant at a Key Largo residence yielded more than four pounds of marijuana, guns, other drugs and resulted in the arrests of two men.

Monroe County Sheriff’s Office deputies said Anthony Kevin Ibanez, 21, of Miami, and Jesse Lee Perrine, 31, of Key Largo, were charged with multiple possession of marijuana and cocaine charges as well as possession of an undersized lobster found in the kitchen refrigerator.

The search was focused on a home located in the 800 block of Largo Road.

Here is what deputies said they found during their search of the property:

• 4.6 pounds of marijuana in vacuum-sealed bags

• Nearly half a pound of loose marijuana

Both men were taken to jail.