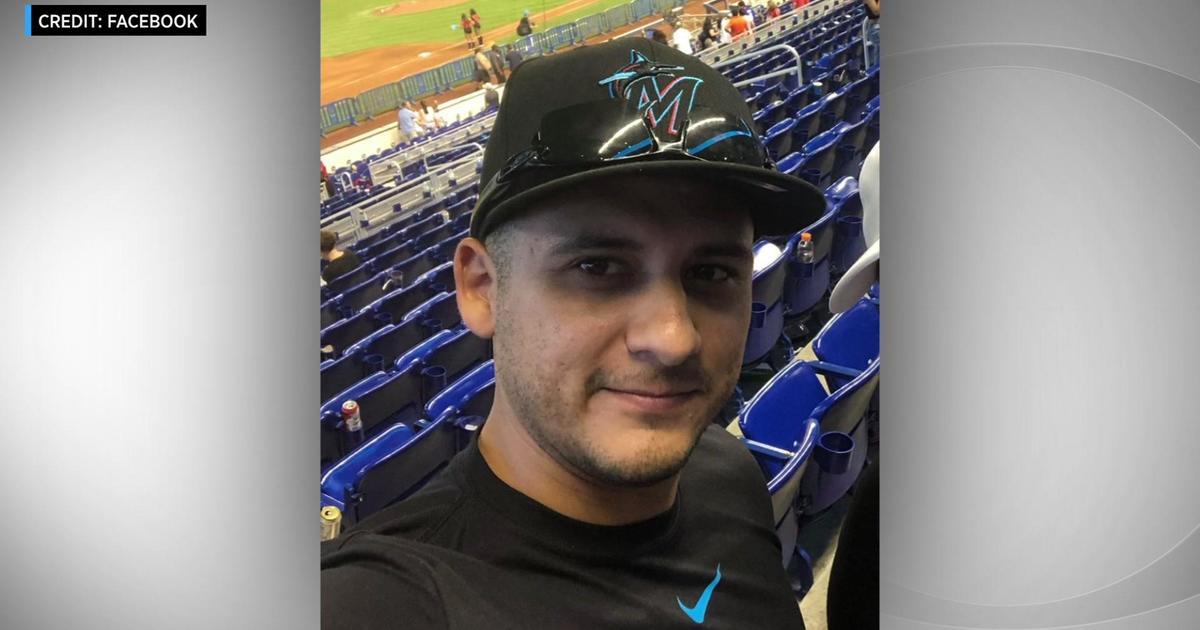 MIAMI – On Tuesday afternoon Miami-Dade officials held a press conference where they identified the officer shot on Monday evening as five-year veteran of the department, Cesar Echaverry, 29.

Echaverry is in critical condition at Jackson Memorial Hospital. He is a member of the Robbery Intervention Detail (RID).

Echaverry was shot by a robbery suspect, who later died in a shootout with police.

When asked about Echaverry’s condition, MDPD Police Director Freddie Ramirez said, “Out of respect for his family, I don’t want to go into details.”

“We are standing tall for Echy,” he added.

Echaverry’s parents, sibling and fiance are at his side.

He said earlier reports said the officer had died, but Ramirez said, “he is very much still with us, with his family.”

A source familiar with the investigation told CBS4 investigators believe the gunman who shot the officer is 32-year-old Jeremy Willie Horton.

Horton reportedly came to Florida from Georgia, where according to court records he was facing kidnapping, battery and cruelty to a child. Those charges were dropped by Cobb County prosecutors last month after the victim in the case stopped cooperating with prosecutors.

Horton was wanted in South Florida in connection with an armed robbery in Dania Beach.

According to police, Robbery Intervention Detail detectives spotted a vehicle that was involved in an armed robbery in the area of NW 62 Street and NW 17 Avenue.

They pulled the driver over but he refused to get out of the vehicle, according to CBS4 news partner The Miami Herald.

In an attempt to escape, the driver sped off, striking the detectives’ vehicles.

The officers gave chase. It came to an end near NW 62nd Street and 10th Avenue in Liberty City when the suspect crashed into a vehicle.

The suspect then bailed out of the vehicle.

“An altercation ensued and shots were fired resulting in both the officer and subject shot,” according to a police press release.

One officer was shot in the head and the suspect was killed.

Three people in the car that was struck were taken to the hospital where they were listed as stable.

The injured officer was taken to the Ryder Trauma Center in critical condition.

On Monday, August 15th, two armed men robbed a person in the 400 block of East Dania Beach Boulevard and then fled in a white vehicle, according to the Broward Sheriff’s Office.

Investigators were able to obtain tag information for the suspects’ vehicle. An alert for it was put out to law enforcement in Miami-Dade, Broward, and Palm Beach counties.

Working on information from Broward law enforcement, the Miami Dade RID team began looking for Horton and spotted his vehicle.

Dozens of police officers went to the hospital Monday night in a show of support.

“We ask that the community, we ask of our fellow officers to stand as one for the officer and his family. We ask of our community and please stand as one and pray. We have hard days ahead of us. We have to do this together as one, as a community, as a law enforcement family,” said Miami-Dade Police Director Alfredo “Freddy” Ramirez said Monday night.

“Right now I ask for prayers, good thoughts, and community,” he added.

Miami-Dade Mayor Daniella Levine Cava went to the hospital, she was clearly shaken by what had happened.

“We’re here in solidarity, waiting patiently. The officer is in critical condition. All we can do now is wait and pray and be together,” she said. “So we ask all of you to join us in prayers and support for the family and for the entire law enforcement community.”

Police have not released the name of the officer or said how long he’s been with the department.

The Florida Department of Law Enforcement will take over the investigation since it was an officer-involved shooting.

“Upon being informed of this incident, I sent a team of prosecutors to the shooting scene and to the hospital. The Florida Department of Law Enforcement will be investigating all the circumstances surrounding this shooting incident. At this time, I am asking our community to pray for the officer, his family and colleagues,” said Miami-Dade State Attorney Katherine Fernandez Rundle in a statement.

The last Miami-Dade police officers to die in a shootout with a suspect were Detectives Amanda Haworth and Roger Castillo, they were shot and killed in 2011 while trying to arrest a fugitive. The gunman was fatally shot by police.

The last Miami-Dade officer who died while on duty was Sgt. Jermaine Brown in 2018 in an ATV crash.

The last South Florida officer killed in the line of duty was Hollywood police officer Yandy Chirino who was shot to death on October 18, 2021. Months earlier, FBI agents Daniel Alfin and Laura Schwartzenberger were killed while trying to arrest a fugitive.