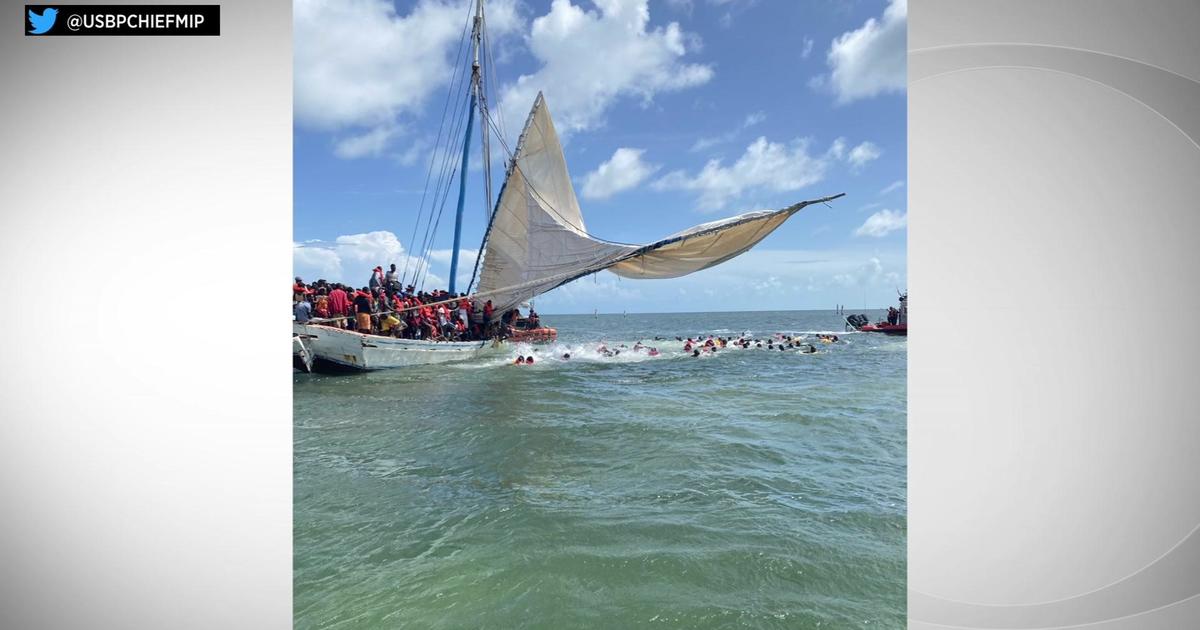 MIAMI – Authorities are searching for suspected smugglers after a massive migrant landing near Key Largo on Saturday.

More than 300 migrants from Haiti made the dangerous journey on an overloaded boat, 113 of them even attempted to swim to shore but were taken into custody.

“These smugglers are paid,” said US Border Patrol Agent Adam Hoffner. “They treat the individuals like a commodity, and the more on the boat, the more money and profit they make.”

About two weeks ago, more than 150 Haitian migrants were intercepted near Boca Chita Key.

“When you look at the migration flow of Haitian refugees for the past 50 years, you always see an uptick at times of political instability and grave human rights abuses. It never fails,” said Marleine Bastien, Executive Director of Family Action Network Movement and Vice-Chair of the Haitian-American Grassroots Coalition.

She said a number of conditions in Haiti are leading to more and more people being willing to risk everything, such as a lack of resources, no strong leadership, and violent gangs taking over the capital.

“Haiti is a burning house at the moment,” she continued, “Even though you know you might die, boarding rickety boats to make it to the Land of the Free, at least there is hope.”

She encouraged people to reach out to the U.S. Department of State and said she would like to see the United States bring security to the island.

“Until we address the root causes of this migration, nothing will change,” said Bastien. “I know for a fact, whether we are from Haiti, from Guatemala, from Nicaragua, from Honduras or El Salvador, no one wants to leave everything they know and come to a foreign land unless they are forced to.”

The Coast Guard has encountered about 6,000 Haitian migrants between October and June. That is a nearly 300% increase over the previous fiscal year.