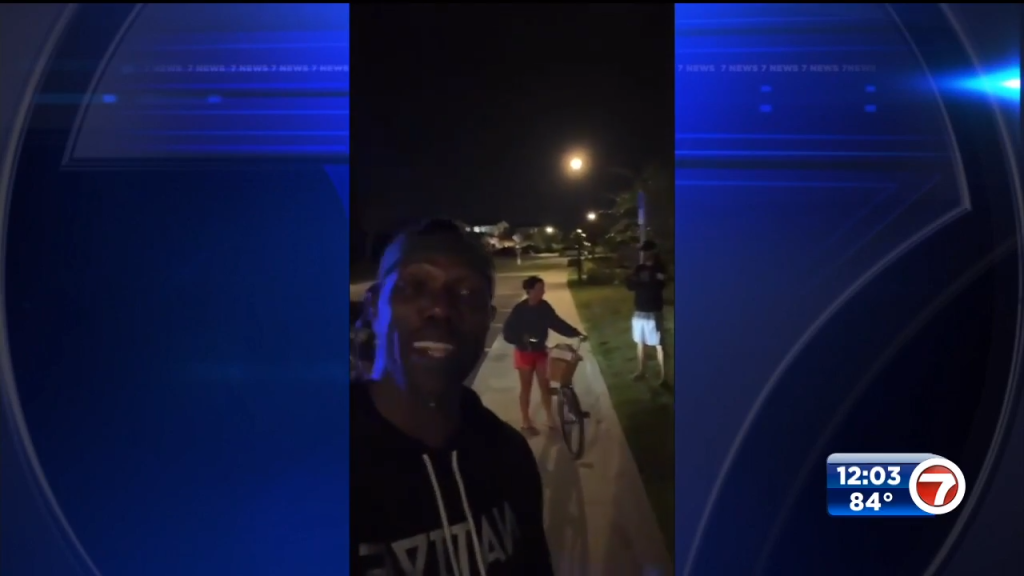 The incident happened at a gated apartment complex in Deerfield Beach at around 10:30 p.m., Wednesday.

“Here she’s crying, there’s Karen,” said Owens in the video he recorded. “This is unbelievable. Swear to God, never been a part of nothing like this.”

In the video, a woman accused Owens of speeding and that Owens became aggressive with her.

“911. What’s the address of the emergency?” said the operator.

“There’s a car that’s aggressively driving and almost hit me and then [the driver] got out of the car to threaten me,” said the woman.

“First of all, I didn’t almost hit you. Now you’re just making up stuff just like a Karen,” he said in the video.

“You got out out of the car and started harassing me, put his car on park,” said the woman.

“Right, because you done yelled at me and telling me I almost hit you, and I didn’t,” said Owens.

“You didn’t have to get out of your [expletive] car,” said the woman.

“You didn’t have to talk to me that way, either, Karen,” said Owens.

“This is where we are, America,” he said.

No one ended up being charged. The deputies simply separated them.

The woman has not responded to 7News’ request for comment.