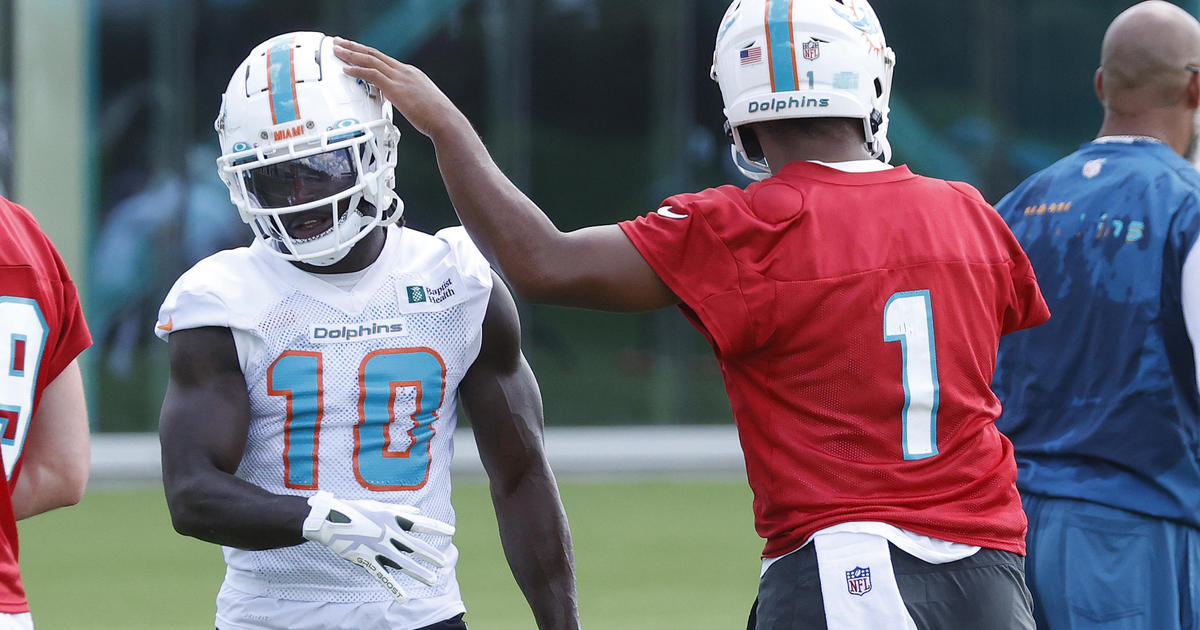 MIAMI – Miami Dolphins quarterback Tua Tagovailoa may be riding the bench during this weekend’s game against the Tampa Bay Buccaneers.

On Thursday, coach Mike McDaniel said based off the last couple of practices he’s “encouraged about the idea of not playing” Tua in the preseason opener. But everyone is expected to be prepared to play.

The teams are doing joint practice sessions in Tampa ahead of Saturday night’s game. Catch it on CBS4 beginning at 7:30 p.m.

CBS4 is your official home of the Miami Dolphins.