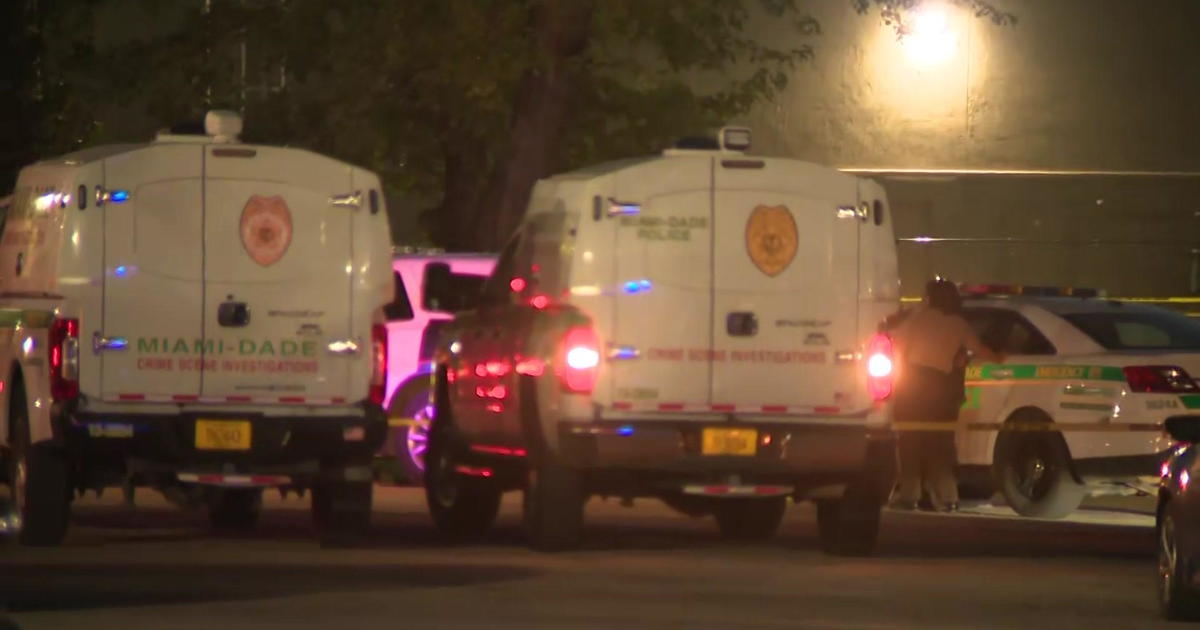 MIAMI – Police are on the scene of a deadly shooting Tuesday night in southwest Miami-Dade.

According to Miami-Dade PD, it all began at around 7 p.m. when they received a call from a nearby business of shots fired.

Officers rushed to the scene at the intersection of SW 142 Avenue and SW 140 Street, where they found a male in his 20s already dead. They say the victim was shot multiple times.

People working in the area told CBS4’s Bobeth Yates they heard multiple rounds of rapid gunfire over and over.

Police found no one else at the scene and said they have few leads right now.

“At this moment, homicide is conducting their investigation. They will be doing an area canvas to see which businesses do have cameras,” said MDPD spokesperson Luis Sierra. “As the investigation progresses, we’ll of course let the public know the status of it.”

If you have any information, call Miami-Dade Crime Stoppers at (305) 471-TIPS.

Bobeth Yates is a dynamic CBS4 News journalist and meteorologist who has reported and given weather and traffic updates in cities across the country.