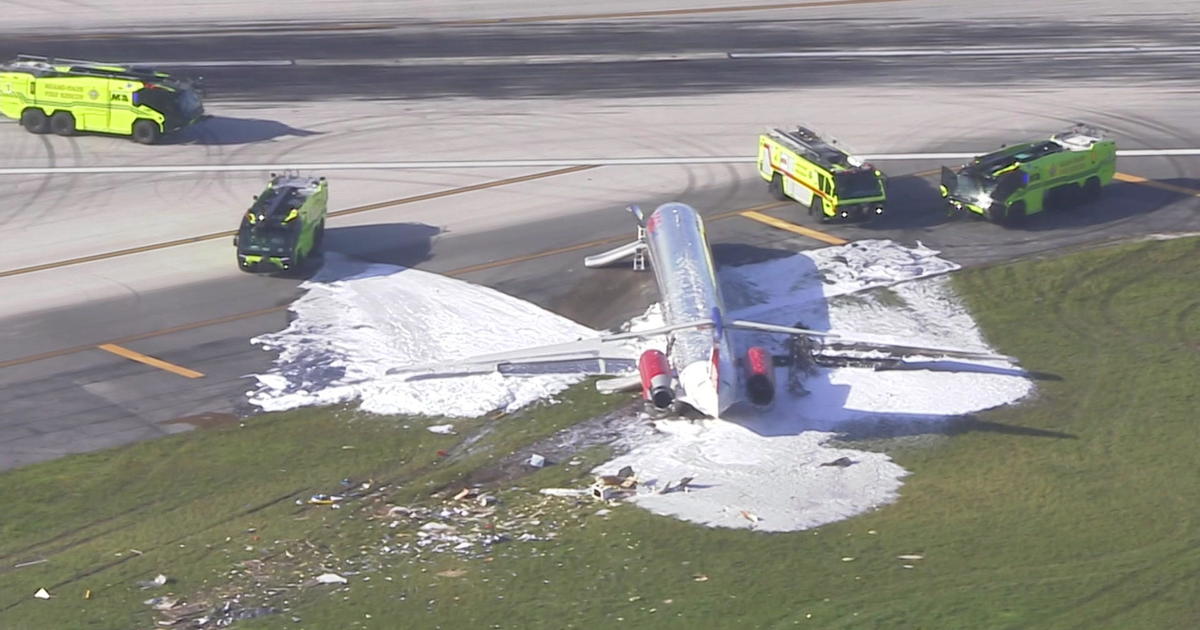 Not only do two runways remain closed, causing back ups on the tarmac, people planning to fly RED Air are finding themselves stuck in South Florida.

RED Air Flight 203 slid to a fiery stop close to where the runways intersect. For travelers, it means delays.

Passenger Patricia Harris got a text letting her know she’s not leaving when she thought.

“We are seeing a high number of delays for inbound and outbound for what we expect will be the rest of the day,” explained Airport spokesman Greg Chin.

There were delayed arrivals and 81 delayed departures as of 4:30 p.m. Chin says with two of the airports four runways shut down, there will be back ups.

“We have significant congestion there on those two runways on the north because they’re the only two runways that are open.  And it’s a busy day for us starting Thursday through the rest of the weekend. It’s higher traffic days for us,” he said.

The runaways will reopen when the NTSB orders that plane moved.

Investigators retrieved the cockpit voice recorder and the data recorder. Commercial Pilot Robert Katz says that should provide a lot of answers.

“They will provide a trove of data about not only how the airplane was performing but also how the crew the operating the airplane. That is probably going to be their focus,” he said.