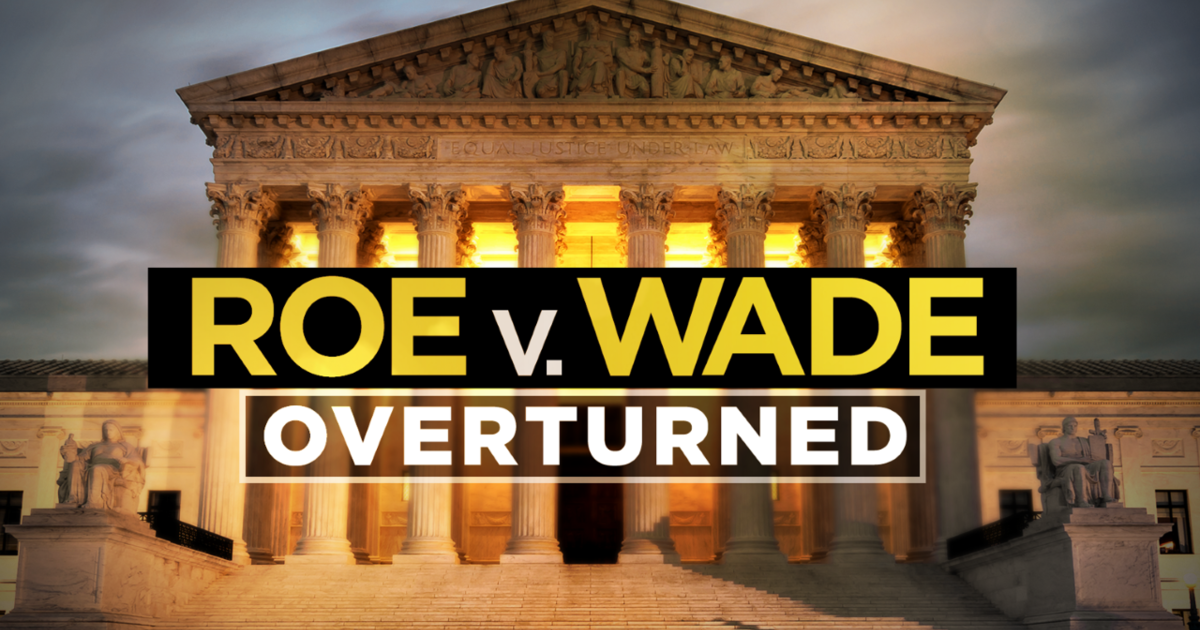 MIAMI – Activists gathered in Miami and said the Supreme Court ruling that overturned the landmark Roe V. Wade ruling from 1973 has truly deprived them of their right to choose an abortion.

Jessica Merino of Planned Parenthood of Miami told CBS4’s Peter D’Oench, “All I can feel is anger, anger that my rights have been ripped away again. Communities of color have always had barriers to abortion access and the end of Roe Versus Wade has added another stone in the boulders of burdens that they face in this country. I can’t help but think of my grandmother who told us when she immigrated to this country that we are free. My mother reached for the stars and the Supreme Court has stripped away the freedom.”

Activist Laurie Scop said “I feel devastated by the way this decision has affected survivors of sexual violence who have been impregnated by their offenders. Reproductive health care is health care and our wellness is contingent upon what we choose to do today.”

Activist Nicky Dawkins said, “What we need to do is continually educate people about abortion because abortions are not going to stop.”

Another activist Maryann Ruiz, who is with the pro-choice Ruth’s List organization, said “Today we are losing the guarantee of freedom that I have had for 41 years on this earth and living in MIami. I fear someone will submit a bill to ban abortions and claim that life starts at conception.”

Activist Brittany Frizelle said, “This is the time to stop and talk about abortions in schools and in churches. Everything we do now will affect the future of our children.”

D’Oench also spoke with Nikki Fried, the Commissioner of the Department of Agriculture who is also running for Governor.

She said, “This is a sad day in American history with the Supreme Court eroding 50 years of rights that women have had in this country. This is going to be disastrous for women across this country who need to have access to health care and reproductive rights and to make sure they can have safe abortions. This will have a ripple effect across the country. Florida has no trigger law outlawing abortion but unfortunately I can see the radical right wanting a special session in July or September to outlaw abortions.”

Miami-Dade Mayor Danielle Levine Cava told CBS4 that, “The court has removed our power to make decisions about our health and our personal medical decisions about our families and handing it over to politicians. I was in high school when the Roe V. Wade decision was made in 1983 and tonight my granddaughter is going to be with fewer rights than I had with this decision.”

In response, Governor Ron DeSantis tweeted “By properly interpreting the constitution the Supreme Court has answered the prayers of millions upon millions of Americans.”

Archbishop Thomas Wenski with the Archdiocese of Miami said “The decision returns the decisions back to people and their elected representatives. It should be welcomed by all those who recognize that life begins at conception and is a scientific and biological fact.”

DeSantis signed a bill in April banning most abortions after 15 weeks of pregnancy. It used to be 24 weeks.

A survey by Florida Atlantic University in May showed that 67 percent of Floridians want abortions to be legal.

Thirteen other states mainly in the south and the Midwest have laws on the books banning abortions in the event Roe V. Wade was overturned.

About a half dozen other states have a near-total ban on abortions after 6 weeks of pregnancy.