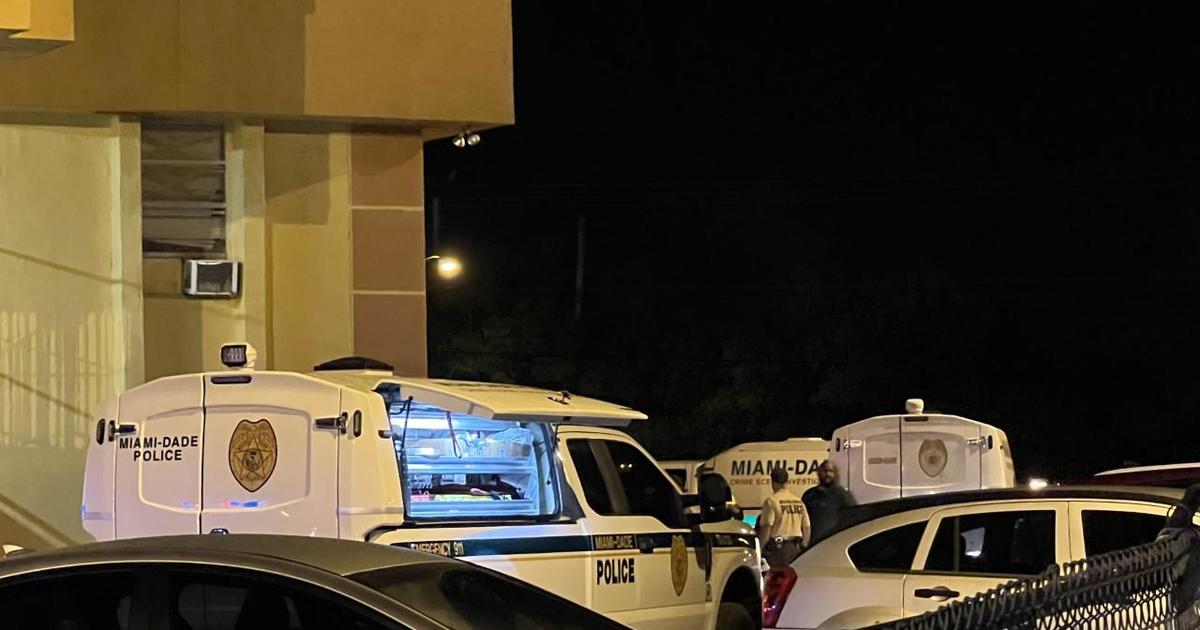 MIAMI – A man was killed in a shooting overnight at a southwest Miami-Dade apartment complex.

The complex is off Old Dixie Highway near SW 296th Street.

Evidence markers littered a hallway outside one of the units, noting bullet casings. Nearby, a body was covered by a yellow tarp.

Police are trying to determine what led to the shooting. The name of the man who died has not been released.