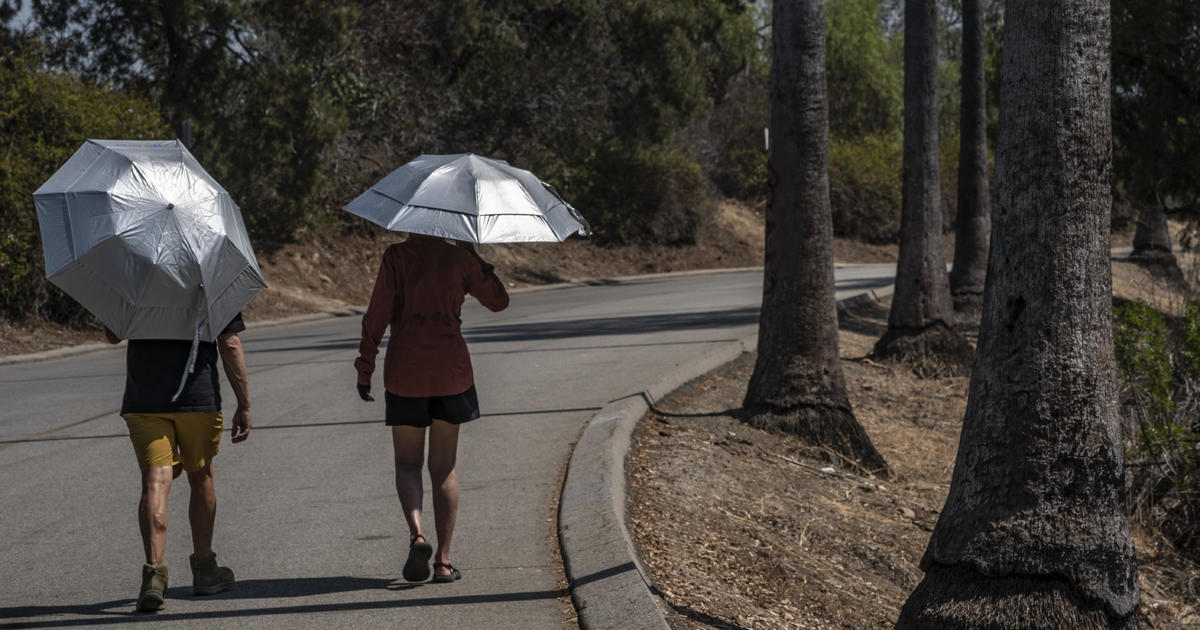 MIAMI — Extreme heat is forecast again for a large swath of the US on Wednesday, testing power grids and leaving nearly 100 million people from Michigan to Florida under heat warnings and advisories.

Temperatures could soar as much as 20 degrees above average, pushing heat indexes well into the triple digits.

In parts of South Florida, feel-like temps will reach into the triple digits, which means your AC will likely be working overtime.

She said, “Summer is here – and it’s bringing the heat. This season, we’re asking residents to remember: – Stay cool in the AC or shade – Hydrate frequently – Never leave people or pets in a closed car alone Stay safe, Miami-Dade!”

In the past, the high heat has caused deaths as a result of children or pets being left inside hot vehicles.

Fifty locations across the central and southern US may get close to or exceed high-temperature records Wednesday, according to the National Weather Service’s Weather Prediction Center.

Records have also been hit by some power-grid operators amid the surging demand for air-conditioning. Many electricity providers recorded highs for electricity usage.

Let’s remember that extreme temperatures can turn deadly, quickly in the United States, killing more than 700 people every year, according to the US Centers for Disease Control and Prevention.

Nearly one-third of the US population is under heat warnings or advisories on Tuesday with no sign of the above-normal temperatures letting up next week, according to the National Weather Service Climate Prediction Center.

While dehydration is a common concern, “the most worrisome consequence” of high heat is heat stroke, said Dr. Scott Dresden, an assistant professor of emergency medicine at Northwestern University. Heat stroke can cause confusion, seizures and even death, he said.

Humidity is one of the main things that can affect your body’s ability to cool itself off, according to the CDC.

“When the humidity is high, sweat won’t evaporate as quickly. This keeps your body from releasing heat as fast as it may need to,” the CDC says.

Personal factors can also play a role in very hot weather. These are things like “obesity, fever, dehydration, heart disease, mental illness, poor circulation, sunburn, and prescription drug and alcohol use,” the CDC says, adding that older people – specifically those 65 and older – are at high-risk for heat-related illness.

There are things you can do to stay safe, according to The Federal Emergency Management Agency’s Ready program.

Do not rely on a fan as your main cooling device. They create airflow and might keep you comfortable, but they do not reduce your body temperature – a key part of preventing heat-related illness.

Stay in the air conditioning. If your power is out, identify places in the community you can go, such as libraries, malls or cooling centers.

Cover windows with drapes or shades.

If you are struggling to afford cooling costs or weatherization, the Low Income Home Energy Assistance Program could help.

Drink plenty of fluids even if you don’t feel thirsty, the CDC says.

You should limit your activity outdoors, but if you do go out, wear loose, lightweight and light-colored clothing.
A cool shower or bath can help you cool down.

Try to avoid using your oven or any other household appliances that could heat up your house.

Check on friends and neighbors – especially those in high-risk groups.

Watch for the signs of heat stroke. These can include red, hot and dry skin with no sweat. Also looks for a rapid, strong pulse and dizziness or confusion, the CDC says.

What to do if you see signs of heat stroke? Here’s advice from the CDC:

If you see any of these signs, you may be dealing with a life-threatening emergency – you should get medical attention as soon as possible, the CDC says. While waiting for first responders, try to cool the person down.

Get them out of the sun and lower their body temperature by putting them in a tub or shower with cool water. You can also wrap the person in a wet sheet and fan them if the humidity is low, according to the CDC.

On Thursday, temperatures are forecast to climb well above normal for much of the Great Basin, the Rockies and Southwest.

An excessive heat warning has also been issued for parts of interior southern California and Arizona, where daytime highs are expected to soar once again well into the triple digits.