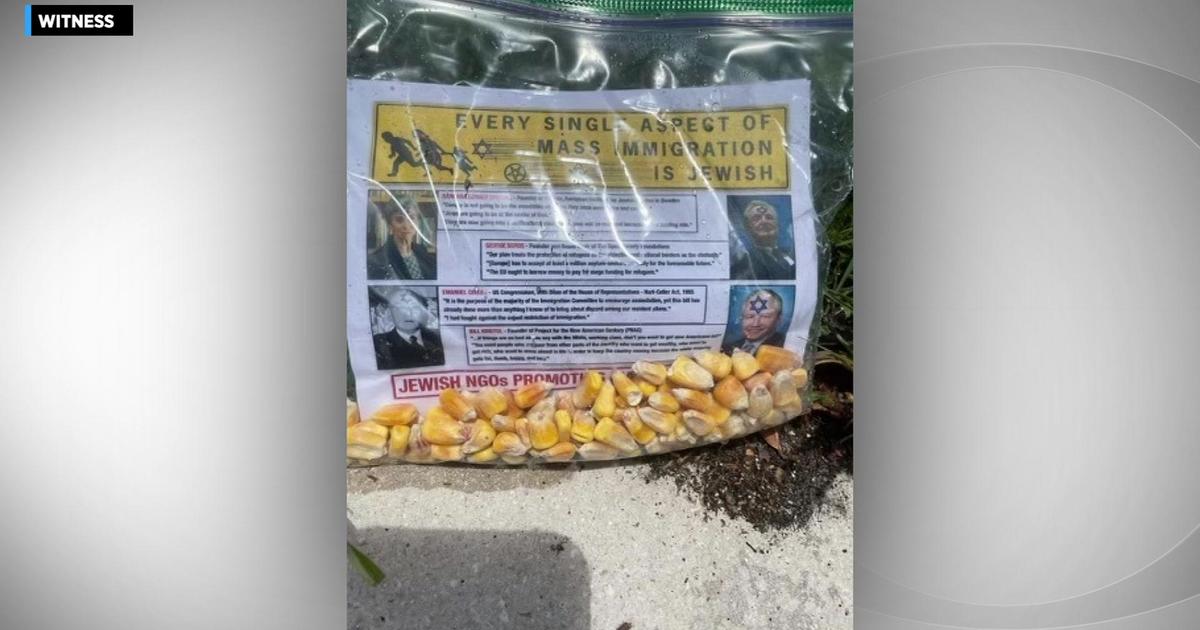 Someone dropped off little baggies filled with corn and messages ranting about child grooming, Disney and the Jewish community.

One North Miami Beach resident told us she’s sick over it.

“This felt made us feel threatened in our own neighborhood because the propaganda wasn’t just against us but LGBTQ and other ethnic groups,” the resident said. “But mostly against the Jewish people and we have been here for 24 years in this neighborhood and nothing like this has happened before.”

Police say a threat was not made, so, as of now, there is no crime, but they will continue to investigate.