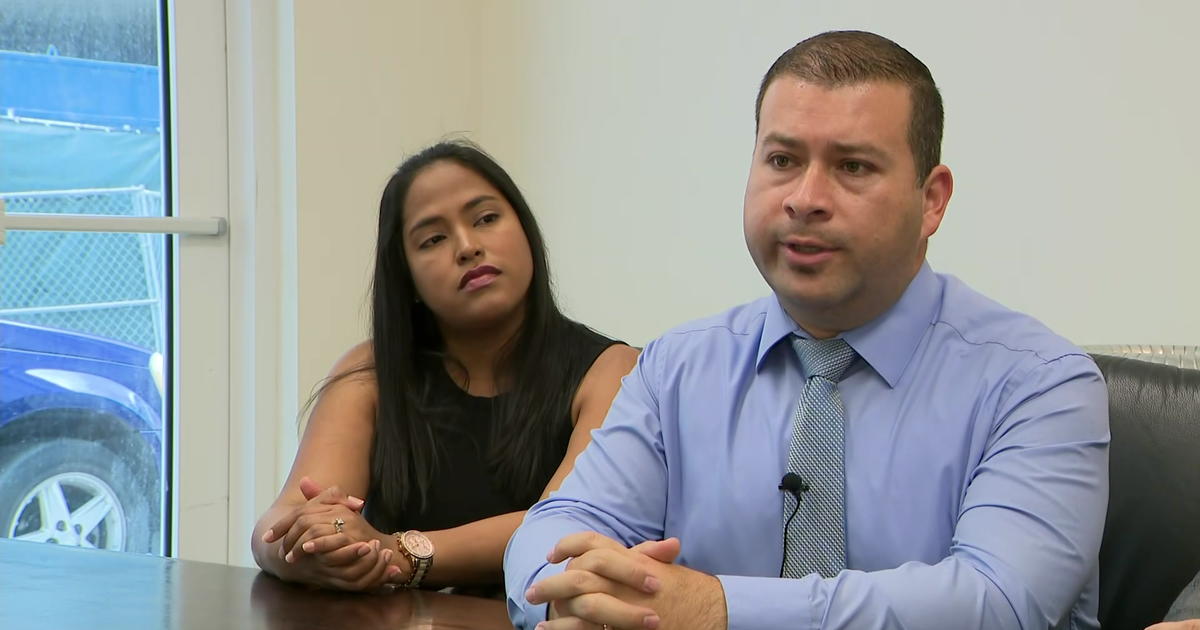 MIAMI – A judge sentenced a former Miami-Dade police officer to 364 days in jail for tackling a woman to the ground.

Alejandro Giraldo, a veteran officer, was found guilty of battery and official misconduct for lying in a police report.  Now he’ll spend almost a year behind bars.

It’s a sentencing that brought Dyma Loving, the victim in this case, to tears. She says the ruling restores her faith in the justice system.

“I had no idea that she was going to give this man jail time for me. I am overwhelmed with gratitude,” says Dyma Loving.

The arrest, caught on camera, leaving her traumatized. On March 5th, 2019, Dyma says her and her friend were threatened by a man wtih a gun.  They called 911 for help but when officers arrived, Loving says she was assaulted.

“Bad days happen to everyone and in retrospect on March 5th 2019 I too had a bad day.  What I viewed at the time as honest police work, turned in to something else,” says Alejandro Giraldo, who was sentenced to jail today.

Just before he was sentenced to jail Giraldo read an apology to Loving.

“I always tried to be the best police officer I colud and fair to the people I dealt with.  This morning I want to apologize to Dyma Loving for any trauma I may have caused her or her family,” says Giraldo.

Loving says that was a moment she’s been waiting for, for three years.

“That apology, it meant everything to me,” she explains.

It’s not the outcome Giraldo prayed for just before appearing in front of a judge, but his defense attorney says it’s a decision they have to accept.

“As a man of faith he handled it very well and he believes whatever happened is God’s will,” says Andre Rouviere, who represented Giraldo in this case.

“I got a cop to be prosecuted for doing wrong and it’s hard to even get cops arrested when they kill and murder someone so.. and I get to go home to my children while he’s doing jail time.  This is remarkable,” says Loving.

A judge ruled on July 11th Giraldo will begin his sentencing behind bars.

There is an appeal being filed for the conviction.

Ashley Dyer is CBS4 reporter, joining our team of outstanding journalists in October 2021. You can catch her daily in the 5pm & 6pm newscasts.