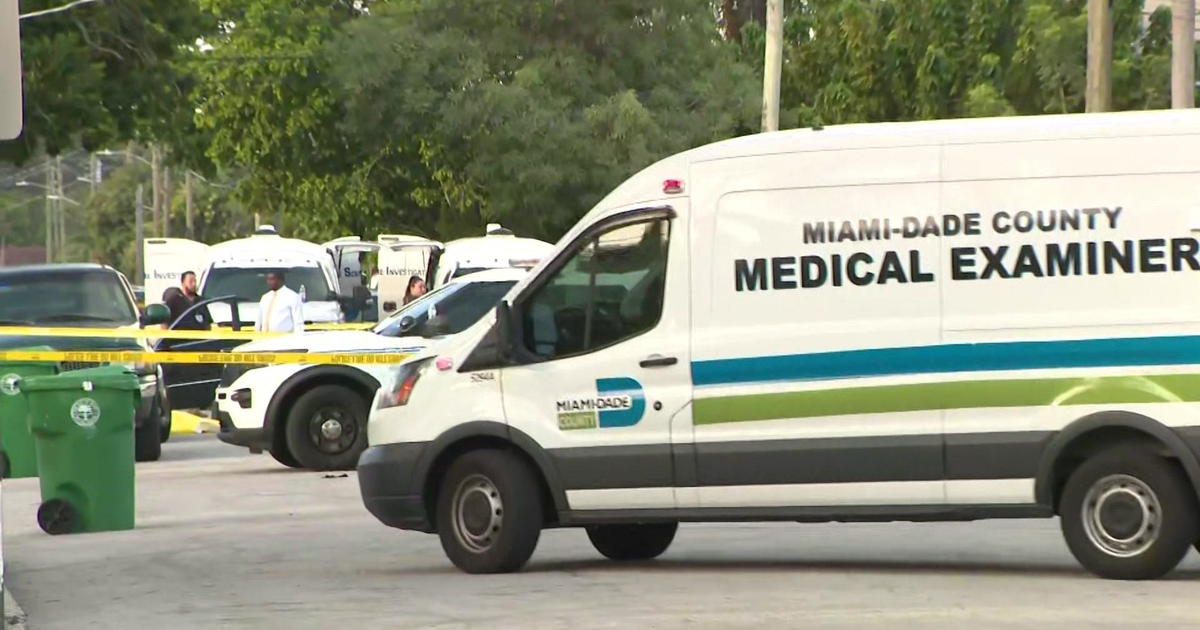 Police said it happened Tuesday at around 3:45 a.m., in the area of SW 8th Street and 12th Court.

Police tell CBS4 they responded to a ShotSpotter alert.

They found a man with a gunshot wound. He was pronounced dead at the scene.

“The victim had just been standing outside of his vehicle when he was involved in some sort of verbal altercation with another subject before being shot,” said Delva.

Surveillance video from a nearby home shows what appears to be the victim’s car pulling up and parking along the side of the road.

“We’re not sure of the motive behind the shooting nor are we sure of what the altercation was about,”  added Delva.

The deadly shooting happened right outside of a woman’s home. She told CBS4 she didn’t hear anything and that she doesn’t know the victim.

Deborah Souverain is a results-driven CBS4 News multimedia journalist with a great appetite for digital media.