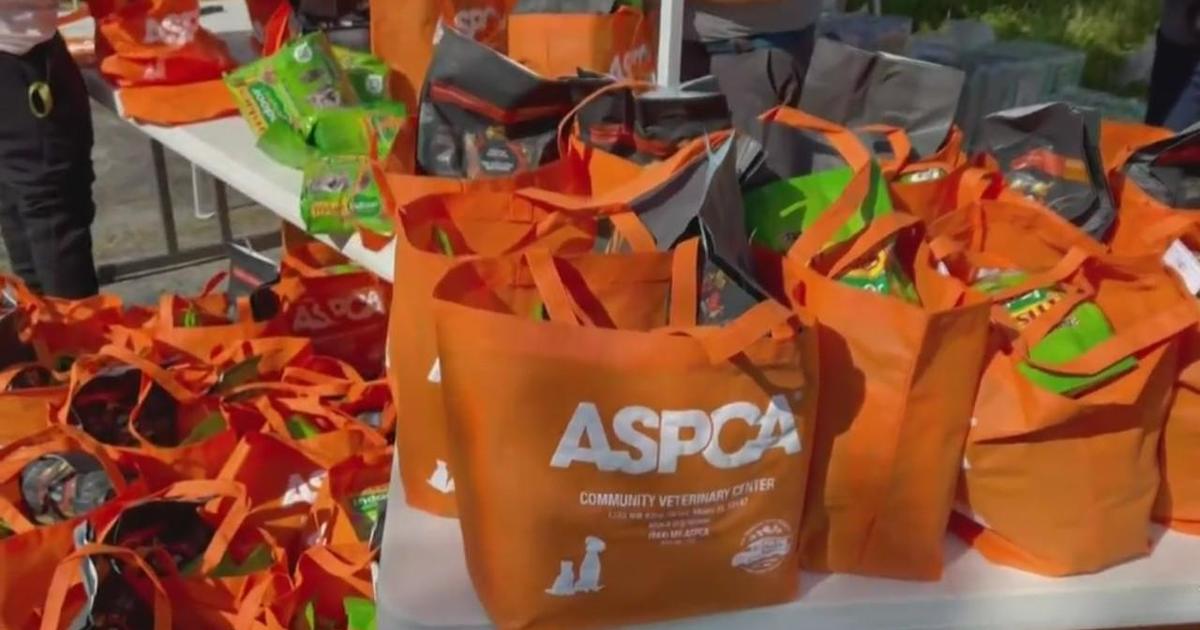 MIAMI – As many families have been feeling the pinch of inflation prices in their households, their beloved furry friends can be affected too.

It was a need that Gil Zepeda, who works for the nonprofit Farm Share, noticed at their food distributions.

“We began to get reports that, at times, people had to return their pets to the shelters, or they were not able to feed their pets the same way they were in the past,” he explained. “And the pets were suffering because of it.”

He said it started during the pandemic, but the need has only increased.

To the Liberty City area alone, Zepeda says they provided pet food three days a week, with as many as 500 people showing up each time.

Pet parents, like Kathryn Parra, said it helped her provide for her emotional support dog Mia during a difficult economic time.

“I had two jobs. I lost one of my jobs, so the rising cost of everything, and without that extra income, it came in very handy to get some food for her,” she said. “Because it’s not only about us humans.”

“Knowing that she’s taken care of, along with us, and we have a roof over our head, that’s all we can ask for,” Parra said.

That is why the ASPCA has teamed up with Farm Share to provide them with a $150,000 grant to provide more dog and cat food at their distributions to the rest of the Miami-Dade area they serve.

“We have been able to help Farm Share provide almost 200,000 pounds of pet food to families in need,” said Colleen Doherty, the ASPCA Director of Community Engagement.

Broward County Animal Services said, while they did have an exact number to share, they have been over-capacity for the last month.

They said, unfortunately, they have seen an uptick in people telling them they were surrendering their pets due to the consequences of tough financial times, such as having to downsize, or move in with family, for example.

Miami-Dade Animal Services said, over the last 5 months, they have not seen an increase in owner-surrendered pets at the shelter. However, they say they provide resources on a case-by-case basis through their Pet Retention Program in an effort to prevent that.

According to the US Bureau of Labor Statistics, since March 2021, pet food cost inflation increased 5.9% and overall pet care costs increased 7.5%

For additional resources go to ASPCA.org/Miami.