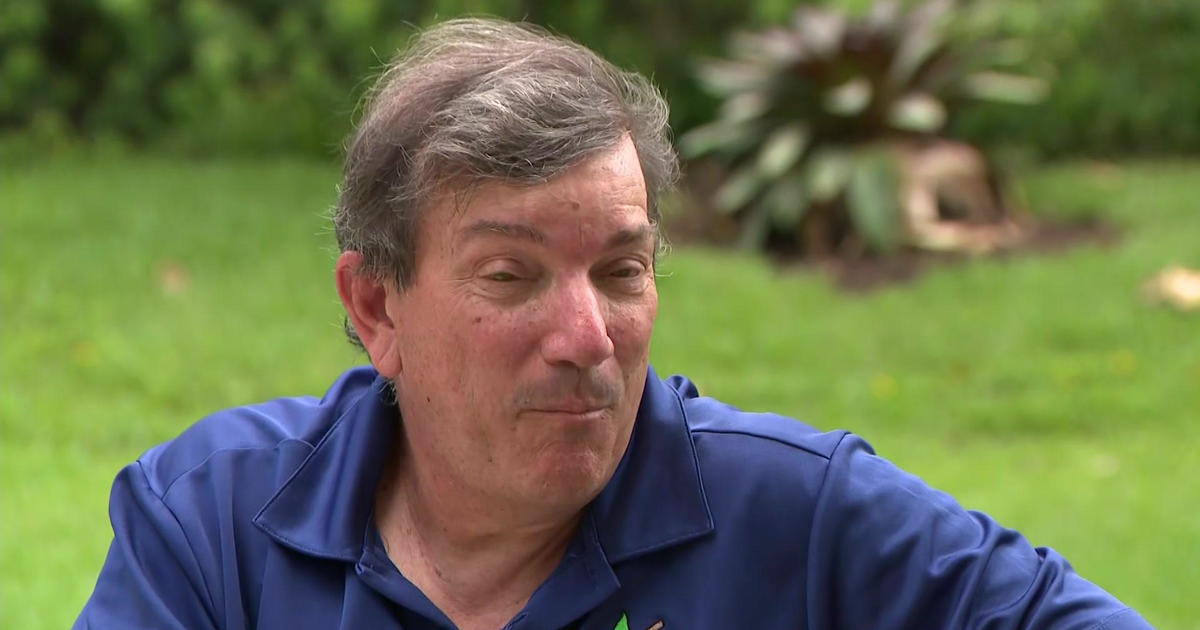 MIAMI – His bags are packed and he’s ready to fly.

Veteran Broward math teacher Jim Gard is bringing with him on his upcoming trip to Poland a treasure trove of all things from South Florida. He has University of Miami items, lanyards, key chains, t-shirts and postcards.

He will be teaching English to Polish students and dozens of refugee Ukrainian children.

Not bad for a guy who knows no Ukrainian and 8 to ten words of Polish.

“I’ve been teaching 41 years. I’ve had kids from all over 35 countries and 15 languages. This is not a big deal,” he says

He will be partnered with a teacher from his hometown of Mount Carmel, Pennsylvania.

A childhood friend designed a t-shirt to raise money for Ukrainian relief efforts and Gard is taking.

A few to pass out.

“I love to teach and I get to do something completely out of my element,” he says.

Mornings in Poland will be spent teaching English through skits. Gard says he intends to inject some humorous material to break the ice.

The afternoon will be all things dealing with American sports, from baseball to football and golf.

And Gard will deliver handwritten messages from his students at Monarch High in Coconut Creek.

He says one of his students who is Russian managed to write a message In Ukrainian.

Gard hopes the Ukrainian children who left everything behind in their war torn country will find some relief from reality.

“It will be something different because everything won’t be the same for years.”

Joan Murray is an award-winning reporter who joined CBS Miami in August 2001, shortly before the 9/11 terror attacks. She was among the first to report the South Florida connection to the terrorists.