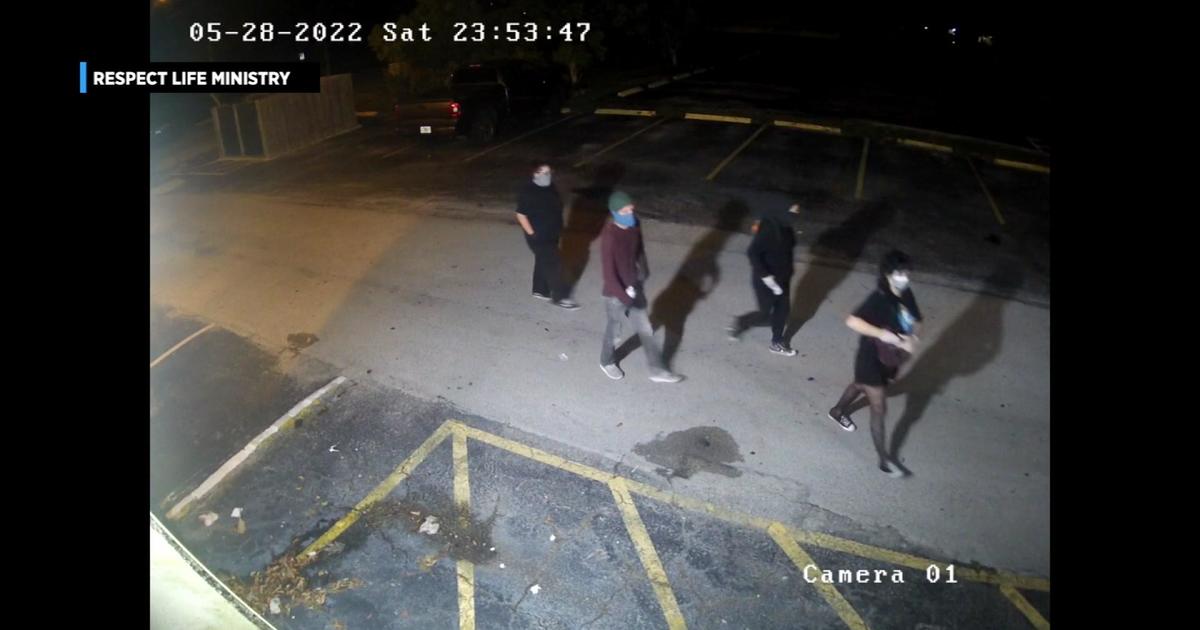 HOLLYWOOD – A pro-abortion extremist group issued a threat to an anti-abortion group in Hollywood.

“If abortions aren’t safe then neither are you, but they spelled neither wrong and then it had Janes Revenge by the door there” said Angela Curatalo with the Archdiocese of Miami’s Respect Life Ministry as she described the graffiti that was painted all over their wall over Memorial Day weekend.

“It was very disturbing, the first feeling that came over me was saddened, I mean why would somebody do that. We can have opposing opinions without somebody threatening and intimidate,” added Curatalo.

In surveillance video of the incident you can see four suspects walking towards the property, then moments later they walk back.

It’s believed the group are members of the anarchist organization “Janes Revenge.” In a manifesto released on May 30, the group called on pro-abortion supports to act, saying

“The next step is carrying that anger out into the world and expressing it physically.”

The manifesto states the call to action is a direct response to recent attempts to overturn Roe vs Wade So far there have been about 8 similar attacks across the country and the group vows there will be more, saying

“On the night the final ruling is issued, we are asking for courageous hearts to come out after dark,”

But those like Curatalo say they are not going to let the threat discourage them.

“I’m going to say it’s disturbing but I personally am not fearful because we’re not going to back down we’re to keep doing what we’re doing which is offering our services to men and woman who need our assistance in a crisis pregnancy,” added Curatalo.

Who went on to say at Respect Life Ministry they also provide counseling assistance for those who choose to have abortions.

In the meantime, police need your help finding the suspects responsible for spray painting graffiti at the Respect Life Ministry Hollywood location.

Anyone with information is asked to call crime stoppers at 954 493- tips.

Bobeth Yates is a dynamic CBS4 News journalist and meteorologist who has reported and given weather and traffic updates in cities across the country.