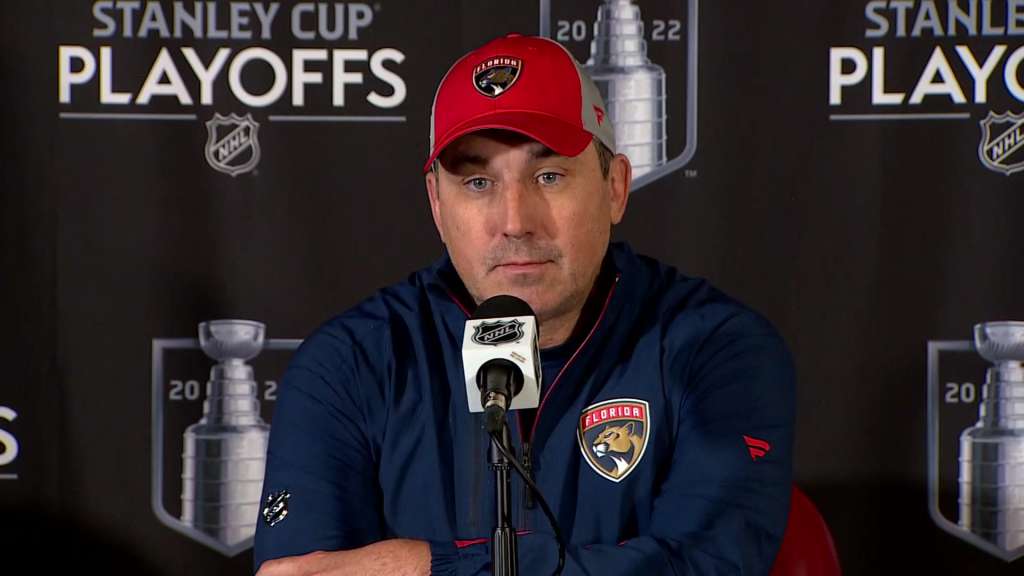 NEW YORK (AP) — Calgary Flames head coach Darryl Sutter is among the three finalists for the Jack Adams Award, presented annually to the NHL’s coach of the year.

Andrew Brunette of the Florida Panthers and Gerard Gallant of the New York Rangers are the other two finalists.

Sutter started his second stint behind the Flames bench on March 4, 2021, as a midseason replacement for the fired Geoff Ward. After the Flames missed the playoffs in 2020-21, Sutter oversaw the biggest season-over-season improvement by any team in the NHL. The Flames captured the Pacific Division title and had the NHL’s sixth-best record (50-21-11) in 2021-22.

Brunette led the Panthers (58-18-6) to the first Presidents’ Trophy in franchise history as the NHL’s top regular-season team.

Gallant became just the second head coach in franchise history to win 50-plus games in his first season, guiding the Rangers (52-24-6) to their best record since capturing the Presidents’ Trophy in 2014-15.