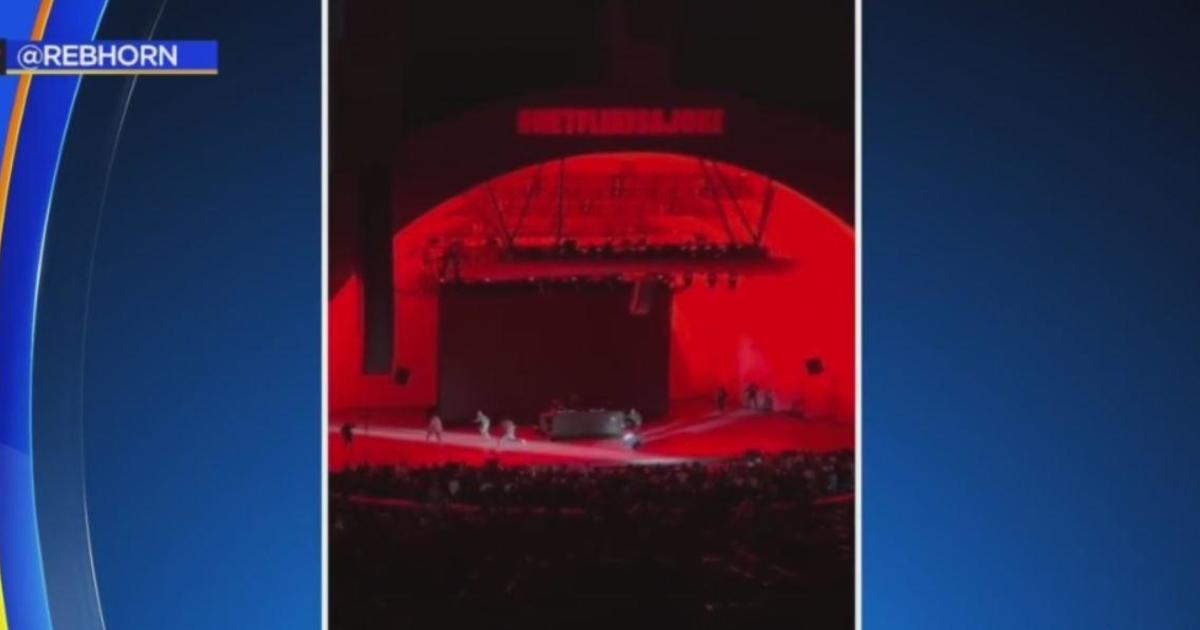 At about 10:40 p.m., cell phone video showed a man storm the stage and tackle Chappelle, who fell to the ground.

Security immediately swarmed the suspect, chased him behind the stage and arrested him. The man was armed with a replica handgun which contained a knife blade, Los Angeles police confirmed.

Brianna Sacks, a reporter for BuzzFeed who was at the event, told CBSLA that Chappelle had finished his stand-up set and returned to the stage to introduce rappers Mos Def and Talib Kweli when the attack occurred.

“The guy got to the back of the stage and they were kicking him and beating him up, it seemed like for a good amount of time,” Sacks said. “Chappelle was definitely shocked and was making jokes about it as it was going on. It was very chaotic, people were pretty stunned.”

Following the assault, Chappelle again returned to the stage with several comedians, including Chris Rock. Video showed Rock joking to Chappelle, “Was that Will Smith?”, in reference to the actor slapping Rock on stage at the Oscars back in March.

Chappelle was not seriously hurt. Police said the suspect was taken to a hospital before being arrested on suspicion of assault with a deadly weapon. The nature of his injuries were unclear. He was identified Wednesday as 23-year-old Isaiah Lee of Los Angeles. He is being held on $30,000 bail.

There was no word on a motive. Last October, Chappelle drew sharp criticism for “The Closer,” a stand-up special released on Netflix in which he made a series of transphobic remarks. On Tuesday night, he even told the crowd he had been forced to hire more security since then.

Tuesday’s event, “Dave Chappelle and Friends,” was part of the Netflix Is A Joke festival. Chappelle performed at the Bowl several times over the past week with comedians such as Bill Burr and Jeff Ross.