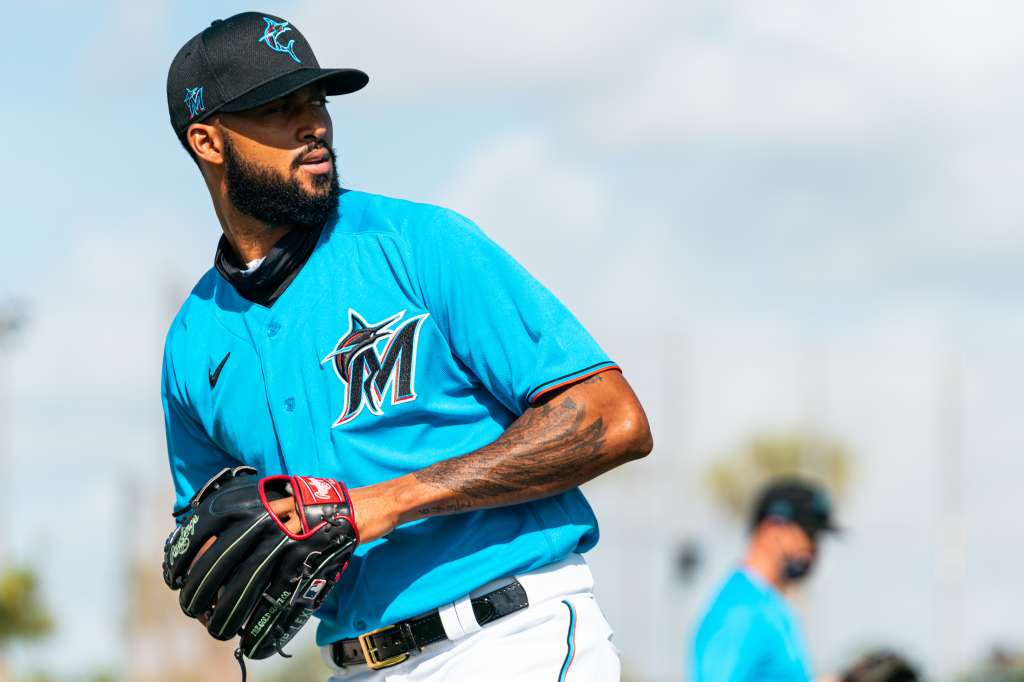 The 26-year-old-Alcantara (4-2) limited the Braves to three unearned runs and six hits. He walked two and struck out seven for his fourth career complete game.

“I’m excited every time I go nine innings,” Alcantara said. “They know that I go out with the mentality to finish the game. They believe in me and they gave me the opportunity.”

Atlanta star outfielder Ronald Acuña Jr. had two of the hits against Alcantara, extending his on base games streak to 29.

Travis d’Arnaud’s at-bat to lead off the ninth was extended after Miami first baseman Jesús Aguilar dropped a popup. D’Arnaud doubled and scored on Ozzie Albies’ double to make it 4-2. Albies advanced to third on a fly out to right and scored on Dansby Swanson’s RBI groundout.

Alcantara got Adam Duvall on a pop-up to catcher Jacob Stallings to complete his 115-pitch outing. In his last three starts covering 24 innings, Alcantara has allowed two earned runs. He lowered his ERA to 2.11.

“A guy like Agui, he is working so hard to catch the ball and get the out, I don’t feel bad,” Alcantara said of Aguilar’s muff. “This is just a game. Put it aside and throw the perfect pitch after that error.”

Brian Anderson and Stallings doubled, singled and had RBIs each for the Marlins, who avoided the three-game sweep.

Anderson’s go-ahead RBI single in the sixth put Miami ahead 2-1. The Marlins were 0-for-7 with runners in scoring position and 2-for-27 in the series before Anderson’s hit to left-field scored Garrett Cooper from second.

“To be able to scratch a few across was big for us,” Anderson said. “We did a good job of getting guys on base early and it was only a matter of time until we drove one home with runners in scoring position.”

“I felt pretty good about the outing but it (is disappointing) how it ended,” Anderson said.

Acuña’s leadoff double in the fourth snapped Alcantara’s streak of consecutive batters retired at 29. Alcantara retired the final 20 batters of his start against Washington May 16.

With the Marlins having two days off this week, Alcantara was given the opportunity to start the ninth after completing 103 pitches through eight innings.

“We had him at like 115 (pitches) before the game, depending on how he gets there,” Miami manager Don Mattingly said. “He was pretty clean all day. Wasn’t in a lot of battles he had to go through. ”

Albies reached on a three-base fielding error by Miami centerfielder Jesús Sánchez’s to lead off the fifth. Swanson’s one-out bloop single to right scored Albies and tied it at 1-all.

Marlins second baseman Jazz Chisholm Jr. had a leadoff walk in the first and eventually scored on Garrett Cooper’s sacrifice fly. But Chisholm was removed in the third because of left hamstring tightness.

The Marlins optioned LHP Daniel Castano to Triple-A Jacksonville and recalled INF Joe Dunand from the same minor league club. Dunand replaced Chisholm and went 1-for-2. The 26-year-old Dunand had a one-game call-up on May 7 and homered against San Diego in his first major league at bat.

Braves: RHP Tucker Davidson (1-0, 5.87) will start the opener of a four-game home series against Philadelphia on Monday.

Marlins: RHP Pablo López (4-1, 1.57) will start the opener of a two-game set against the Rays on Tuesday.