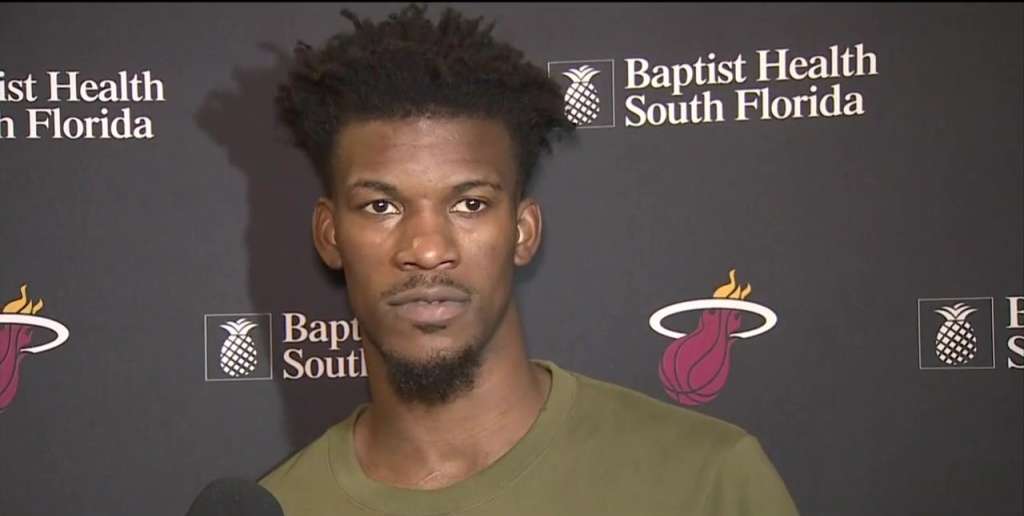 MIAMI (AP) — The NBA fined Miami’s Jimmy Butler $15,000 for making what it described as an obscene gesture during the team’s series-clinching win on Tuesday against the Atlanta Hawks.

The Heat were also fined $15,000 for turning a video of the gesture into a social media post. The league announced both fines Thursday.

Butler did not play in Tuesday’s 97-94 victory, watching the game from the bench because of knee soreness. He made the gesture a few seconds after Max Strus connected on a second consecutive 3-pointer, part of a 10-0 run by Strus and a 17-0 run by the Heat that put them ahead in the game for good.

It is Butler’s third known fine this season, totaling $70,000. He was fined $30,000 for his involvement in an incident during a Denver-Miami game in November and $25,000 for violating league rules governing media interview access at the All-Star Game in February.

Miami next plays Monday in Game 1 of the Eastern Conference semifinals.