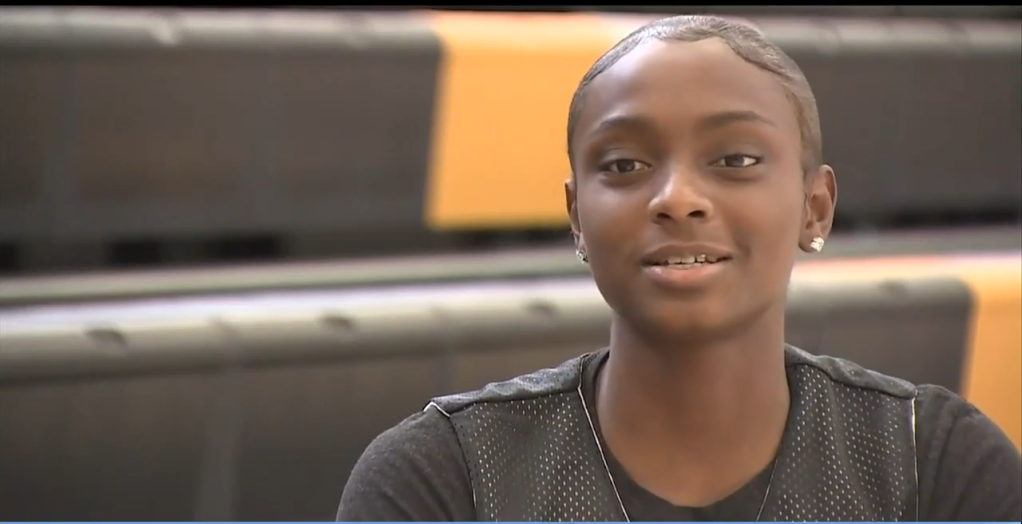 (WSVN) – Ta’niya Latson is one of the most explosive guards in the country.

Her ability to elevate her game of her teammates has many comparing her to Lebron James.

“It’s an honor, like, I wish I did play like Lebron James for real,” she said. “I wish I could dunk like him, but it’s just a blessing. I feel like I do mirror some of his game.”

Just like the king, Latson’s talent comes on both sides of the rock, making her double trouble for the opposition, and a dream for her head coach.

“I don’t have to create an offense for her, she creates her own by steals, by playing defense,” said head coach Greg Farias.

Latson’s game is infectious to the rest of the Lady Patriots.

“Since she came, she’s been a role model, I think, for everyone on the team,” said American Heritage Guard Sydni Studesville. “She’s a team leader, she’s a great team player. She has made everyone better, like, and you can definitely see that in everyone’s game.”

Referred to as a walking bucket, Latson is American Heritage’s first McDonald’s All-American since Kenny Boynton in 2009.

“It’s unbelievable for us to have, for the first time, a McDonald’s All-American and also a five-star player on the team,” Farias said.

She’s also the first Lady Patriot to gain that honor.

“I’m not really feeling it yet, but I know when I get out of high school and I look back at it, I’m just gonna be so thankful, because not many can say they’re McDonald’s All-American,” Latson said.

Going into her senior season, expectations have been high, especially coming to American Heritage, who are the defending four-time girl champions.

“It is a little pressure being that I am an All-American coming into a program that’s won four times,” Latson said, “but I’m used to it actually. I’m a national champion and I won three-time state champion in Georgia. I just had to come back home. It’s gonna mean so much more being here, because I am from Florida. I’m just ready to win this fourth one for me and for the team.”

After two playoff wins this past week at home, the Lady Patriots will be back in action this Thursday as they look to continue their quest for five-straight championships.