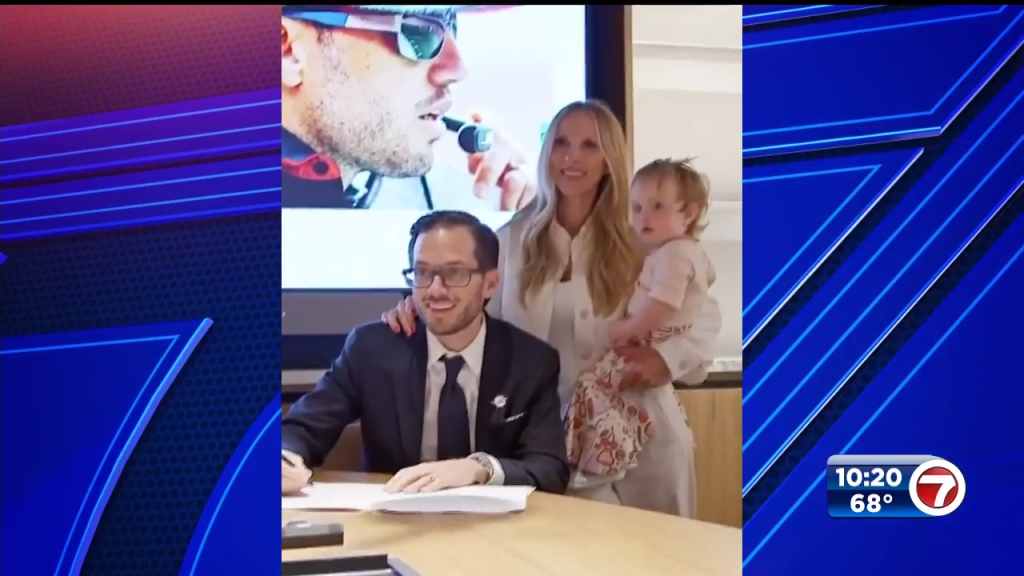 (WSVN) – A new era is officially underway in Miami!

The new Dolphins head coach spoke about his game plan Tuesday for the first time since being hired.

It was a private plane ride from the West Coast that landed Mike McDaniel in the MIA.

Then it was off to the practice facility to officially put the pen to the paper, signing his new head coaching contract.

Now, Mike McDaniel is settling in to his new office, new city and new team.

“To be here, in this place with these people, I couldn’t be happier,” said McDaniel.

“I just had to get on with you real quick,” said McDaniel on his phone call with Tungoviaolia. “We’re gonna have an extensive professional relationship, my man. One thing I know about you is you have the ambition to be great. My job is to coach you to get all that greatness out of you.”

McDaniel also explained what he likes most on the onset about this roster.

“The fact that there’s a lot of skill, there’s a lot of youth, energy, but there’s also a lot of coaching to be done. You want an opportunity to build the culture. It’s the best thing that you can hope for, is having a bunch of talent that is ready to go to work, which is all we have, and I’m not sure if you checked my title, but there’s a coach in it,” said McDaniel.

7News will meet with McDaniel at his introductory press conference later in the week.