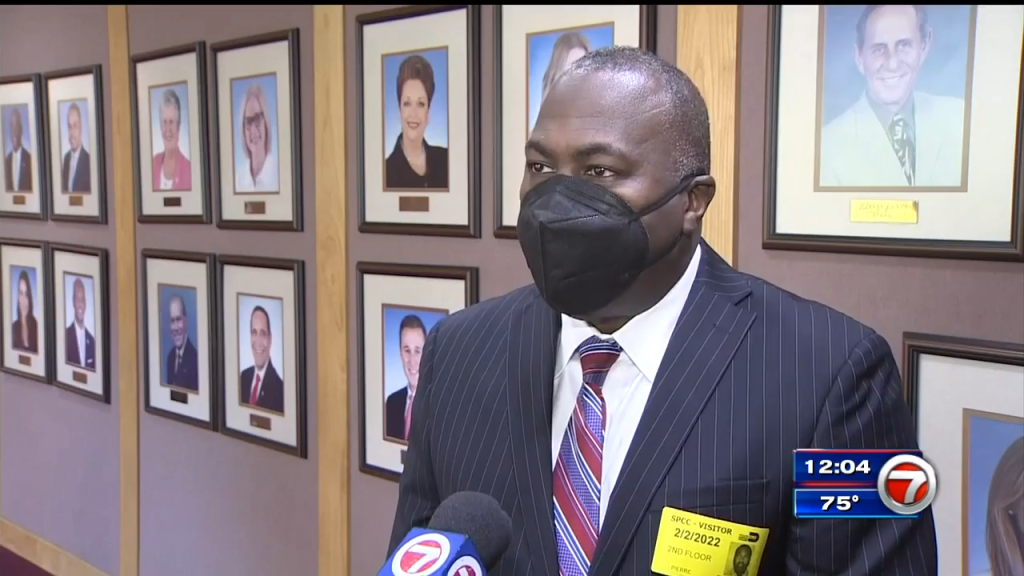 MIAMI (WSVN) – County officials in Miami-Dade are reacting to Brian Flores’ lawsuit against the NFL over alleged racist hiring practices.

“We are aware of the lawsuit that’s been filed by former coach Brian Flores. We are monitoring the situation, as well as the board,” said Pierre Rutledge with the Miami-Dade County Black Affairs Advisory Committee. “Allegations are allegations. There are going to be allegations, there are going to be responses on the other side but we just think it’s too early to weigh in one way or another.”

Flores alleges he spoke with the Giants via Zoom on Jan. 18 about the opening and had finalized a second interview.

Then, Flores is claiming, Belichick mistakenly sent him a text message conversation being told the job was going to Brian Daboll — which it did.

Flores felt that his second interview was a ruse and filed suit.

“We’ll see what happens, [Dolphins owner] Stephen Ross has got a lot of money and will have some very good attorneys so good luck,” said Sports Xtra Insider Drew Rosenhaus.

During his time as the head coach in Miami, Flores was outspoken about the struggle of being a Black man in today’s America.

“I’m a son of immigrants, I’m Black, I grew up poor,” he said during a previous media conference. “I grew up in New York during the stop-and-frisk era so I’ve been stopped because I fit a description before.”

Ross said he fired Flores because he wanted to improve the team’s communication.

Flores’ suit alleges Ross set up a secret illegal meeting on his yacht in the winter of 2020 for Flores to meet with a certain free-agent quarterback — who was reported to be Tom Brady.

If Flores would have met with Brady, it would have broken the league’s tampering rules.

“I’m told that quarterback was Tom Brady at the time and Flores left the meeting and did not partake in it and said he was treated with disdain after that,” said an NFL reporter.

He decided to leave.

However, what impact the lawsuit will have on Flores’ coaching future remains unknown.

The league responded to the lawsuit with a statement reading in part:

“Diversity is core to everything we do, and there are few issues on which our clubs and our internal leadership team spend more time. We will defend against these claims which are without merit.”