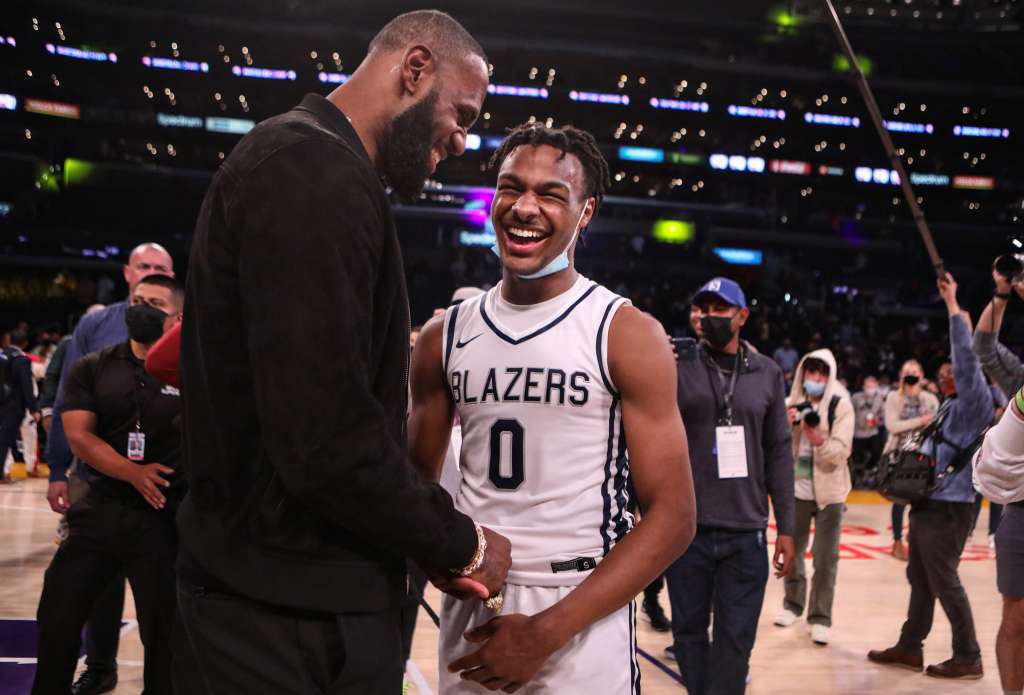 (CNN) — Lebron James said there are no certainties over his future in the NBA, though he is certain about one thing — he’d like to play his final season alongside his son.

The 37-year-old Los Angeles Lakers forward is currently back in Cleveland for the NBA All-Star weekend, the city where he spent 11 years across two spells with the Cavaliers.

As he prepares to captain Team LeBron against Team [Kevin] Durant in the 71st All-Star Game at Rocket Mortgage FieldHouse on Sunday — his record-equalling 18th appearance — James said the “door’s not closed” on a third stint in Cleveland.

“I’m not saying I’m coming back and playing, I don’t know,” James, who is a free agent after next season, told The Athletic on Saturday.

“I don’t know what my future holds. I don’t even know when I’m free.”

James was named the league’s rookie of the year in 2004 after being drafted as the first overall pick of the draft by the Cavaliers, winning back-to-back Most Valuable Player (MVP) awards in 2009 and 2010 before leaving to join the Miami Heat.

He returned to Cleveland in 2014, subsequently leading the franchise to their first ever championship two years later in yet another MVP winning season.

In 2018 he again left the Cavaliers to sign with the Lakers, with California now boasting two James’ — Lebron and his son, Bronny, who is now 17.

A high school point-guard, Bronny was ranked 43rd by ESPN in their 2023 class of 60 with a four star rating.

James’ second-born child Bryce, 14, is similarly rumored to be following in his father’s footsteps, already impressing at high school level.

Regardless of whether he returns to Cleveland, James asserted that whenever his final season comes, it will be played alongside his eldest son “whatever it takes.”

“My last year will be played with my son,” James said. “Wherever Bronny is at, that’s where I’ll be. I would do whatever it takes to play with my son for one year. It’s not about the money at that point.”

When that final season will be remains to be seen. At the age James has enjoyed another stellar year despite an underwhelming season for the Lakers, sat ninth in the Western Conference with a negative 27-31 record.

Yet with 29.1 points per game, James trails only Joel Embiid and Giannis Antetokounmpo in the league this season, and last weekend passed hall of famer Kareem Abdul-Jabbar for the most combined regular and postseason points in NBA history.

James needed 19 points on the road against the Golden State Warriors to pass Abdul-Jabbar’s 44,149 record, and proceeded to sink 26 to go clear at the summit with 44,157.

“I love the game of basketball. I love being a part of the NBA and being able to, to inspire … so many different sets of generations,” James said after breaking the record.

“Along that way, when you’re able to accomplish things individually then, at some point I guess have an opportunity to kind of sit back and think about it.”