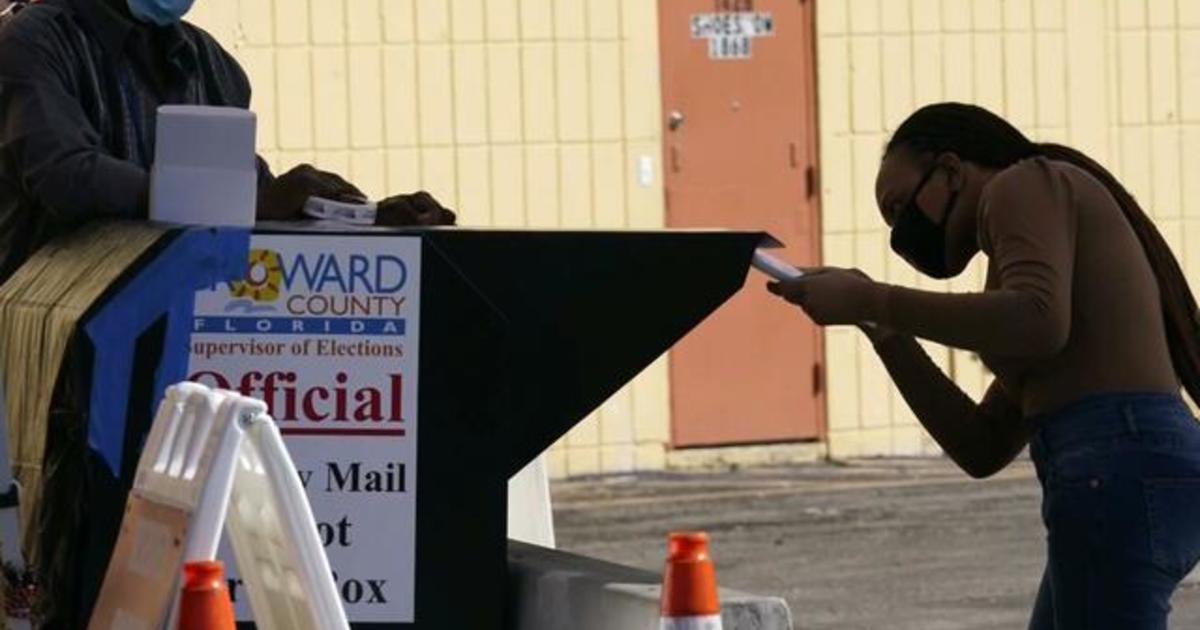 As Florida Governor Ron DeSantis and fellow Republicans propose the creation of a special police force to investigate election fraud, voting rights advocates are worried that the new unit could target minorities and confuse voters.

Cecile Scoon, who runs Florida’s nonpartisan League of Women Voters, said the plan is designed to keep minorities from voting.

“Bringing law enforcement and having them be around looking for problems… There is a concern and there’s the fear and there’s that chilling factor that they’re going to target Black people,” she said.

“This will facilitate the faithful enforcement of election laws and will provide Floridians with the confidence that their vote will matter,” he said.

The current proposal stands at 25 investigators and officers across multiple departments. DeSantis and Florida Republicans are also pushing for new legislation that, among other things, adds even more ID requirements to absentee ballots.

Florida’s Republican Secretary of State Laurel Lee, who oversees elections, spoke with O’Keefe about the proposal.

“We’re very confident that we hit a great intersection between making voting accessible and keeping voting secure,” she said.

“If it’s so easy, convenient and safe, why do you need to make all these changes?” O’Keefe asked.

“Every election brings opportunities to look at what went well and what could be better,” Lee said.

The plan comes as former President Donald Trump’s lies about the 2020 election divide the Republican Party, with the most recent rejection of those claims coming from his former vice president, Mike Pence. However, many Republicans are embracing and even promoting those falsehoods.

Alleged voter fraud has been rare in Florida since the 2020 elections. Out of over 11 million votes cast, only four people have been arrested for trying to vote twice. Still, Lee said she supports the new election police unit.

“We simply don’t have the resources right now to be the partners we want to be to state and local law enforcement,” Lee said. “These resources would allow us to do even more to support our partnerships with those groups and be prepared for any challenges to come.”

Democrats in the state legislature are strongly opposed.

“I think we should be afraid of a political election police goon squad,” State Sen. Tina Scott Polsky said during a recent Senate proceeding.

The new proposals come just nine months after DeSantis signed another law with voting restrictions like limiting the use of ballot drop boxes. That law is now being challenged in federal court.

Earley, who is set to testify this week, is scrambling to keep up with all the changes.

“They can make the law, but we need to make sure the law works. And so that’s really become a huge part of my job now,” he said.

Earley is worried all the changes will confuse voters and scare off employees and volunteers he needs to run elections.

“It’s become so controversial and adversarial that it takes some of that special feeling that you’re really part of a trusted cadre of folks working to make democracy work,” he said.

Republicans in at least two other states are floating similar ideas. In Georgia, GOP gubernatorial candidate David Perdue has pledged to create his own election police force. And in Arizona, a Republican state senator has proposed legislation to create a “bureau of elections” with subpoena power.