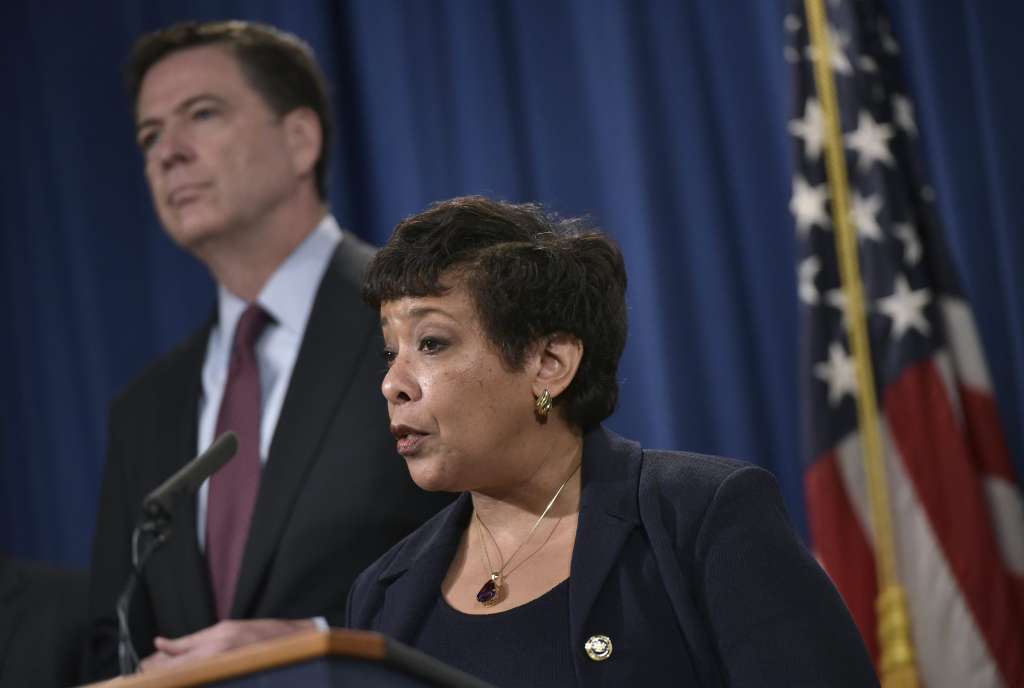 (CNN) — The NFL hired former US Attorney General Loretta Lynch as part of its defense counsel against the class-action lawsuit filed by former Miami Dolphins head coach Brian Flores, a spokesperson for the league told CNN on Wednesday.

Lynch, who was the first Black female attorney general in US history, will defend the NFL in the racial discrimination lawsuit filed by Flores earlier this month, along with Brad Karp of the Paul, Weiss firm, according to NFL vice president of communications Brian McCarthy.

Lynch joined the firm, which also represented the league on concussion issues, in 2019. Lynch led an independent investigation into Syracuse University’s Department of Public Safety in the wake of student protests in 2020 over the university’s handling of racist incidents on campus.

When asked about the NFL hiring Lynch, the legal team representing Flores did not comment.

The Dolphins fired Flores in January, and the team announced Mike McDaniel as their next head coach earlier this month. Flores was 24-25 in his three years with the Dolphins, including a 9-8 record this past season when Miami missed qualifying for the playoffs.

In his lawsuit against the NFL and three teams — the Dolphins, Denver Broncos and New York Giants — Flores alleges that after the regular season, the Giants interviewed him for their vacant head coaching job under disingenuous circumstances, claiming he had found out three days before his interview that the Giants had already decided to hire Brian Daboll.

The Giants organization earlier this month issued a statement standing by its process and decision to hire Daboll.

“We are pleased and confident with the process that resulted in the hiring of Brian Daboll,” the team’s statement read. “We interviewed an impressive and diverse group of candidates. The fact of the matter is, Brian Flores was in the conversation to be our head coach until the eleventh hour. Ultimately, we hired the individual we felt was most qualified to be our next head coach.”

Flores alleges in his lawsuit that his interview with the Giants was a ruse so the team could “demonstrate falsely to League Commissioner Roger Goodell and the public at large that it was in compliance with the Rooney Rule.”

The NFL instituted the Rooney Rule in 2003 in an effort to increase diversity among the NFL’s head coaching, general manager and executive ranks. The rule requires every team to interview at least two external minority candidates for open head coaching positions, according to the NFL’s Football Operations website.

As of Wednesday, there are only two Black head coaches in the NFL — Pittsburgh Steelers’ Mike Tomlin and Houston Texans’ Lovie Smith — in a league where nearly 70% of the players are Black.

Three other head coaches of color lead their teams: Washington Commanders’ Ron Rivera, who is of Puerto Rican and Mexican descent, New York Jets’ Robert Saleh, who is of Lebanese descent, and McDaniel, who is multiracial.

Following the announcement of the lawsuit in February, the NFL issued a statement calling Flores’ allegations meritless.

“The NFL and our clubs are deeply committed to ensuring equitable employment practices and continue to make progress in providing equitable opportunities throughout our organizations,” the league said in its statement. “Diversity is core to everything we do, and there are few issues on which our clubs and our internal leadership team spend more time. We will defend against these claims, which are without merit.”

Flores alleges he had a ‘sham interview’ with Broncos

Flores’ lawsuit makes a claim of another “sham interview,” this one with the Denver Broncos in 2019. Flores says that “Broncos’ then-General Manager John Elway, President and Chief Executive Officer Joe Ellis and others showed up an hour late to the interview” and adds that the Broncos’ delegation “looked completely disheveled, and it was obvious that they had drinking heavily the night before.”

“Our process was thorough and fair to determine the most qualified candidate for our head coaching position,” the team’s statement continued.

“I took Coach Flores very seriously as a candidate for our head coaching position in 2019 and enjoyed our three-and-a-half hour interview with him. Along with the rest of our group, I was prepared, ready and fully engaged during the entire interview as Brian shared his experience and vision for our team,” Elway’s statement this month read.

“For Brian to make an assumption about my appearance and state of mind early that morning was subjective, hurtful and just plain wrong. If I appeared ‘disheveled,’ as he claimed, it was because we had flown in during the middle of the night — immediately following another interview in Denver — and were going on a few hours of sleep to meet the only window provided to us,” Elway’s statement read.

Flores says Dolphins’ owner Stephen Ross offered to pay Flores to purposely lose games in order to secure a higher pick in the NFL draft and encouraged Flores to purposely violate league tampering rules. Flores says when he refused, Ross then led a campaign to treat Flores with “disdain and held out as someone who was noncompliant and difficult to work with.”

The Dolphins responded to Flores’ allegations, saying in part, “We vehemently deny any allegations of racial discrimination and are proud of the diversity and inclusion throughout our organization. The implication that we acted in a manner inconsistent with the integrity of the game is incorrect. We will be withholding further comment on the lawsuit at this time.”