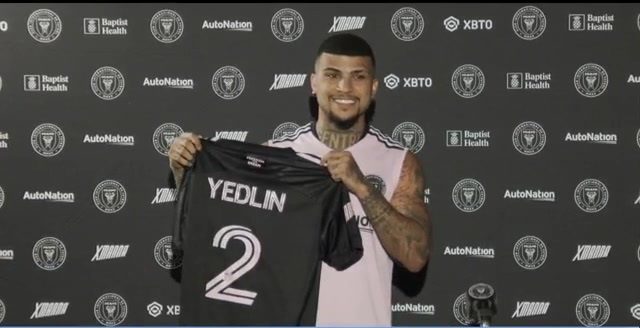 FORT LAUDERDALE, FLA. (WSVN) – Inter Miami CF head coach Phil Neville has brought in a player who has proven himself in the MLS, European Leagues and on the international pitch for the U.S. National team.

He’s back in the states after playing the last seven years in Europe — most of the time in the Premier League.

Yedlin is expected to be a veteran leader.

He has the experience of being on the biggest stage in soccer.

“With the national team and with this team, I’ll play some of the rules as far as being a leader,” he said, “being one of the older guys on the team and leading the group of younger players.”

“When I heard the news I was like, ‘yes,’ you know, we need this type of energy,” said Lowe. “DeAndre is an exciting player. He’ll bring a lot of experience to this group and how hard he works, he’ll bring the guys with him and he’ll push the guys who aren’t bringing their weight.”

Yedlin is part of Neville’s rebranding of the team with players who will make it about the group, not themselves.

“He’s played at the top, top level in the top soccer nations in the world so we hope his experience, his quality, his leadership and we wanted to bring in real quality and we have that now,” said Neville. “He’s nearly the last piece of the jigsaw.”

For 28-year-old Yedlin, this is his second opportunity in the MLS.

He was once an all-star with Seattle.

Yedlin says now playing for Inter Miami is just another chapter in his professional career.

“Whenever I’m on the pitch I give it my all so there’s not going to be any backing out of anything or anything like that, you know, taking training days off — no. This is what I’m focused on now, it’s the season and hopefully when the World Cup comes, and hopefully we’ve qualified for that, then it’s time for that,” he said.

Yedlin and his Inter Miami teammates start the season at home Feb. 26 against Chicago.

As far as the U.S. National team, they’re second in World Cup qualifying behind Canada.