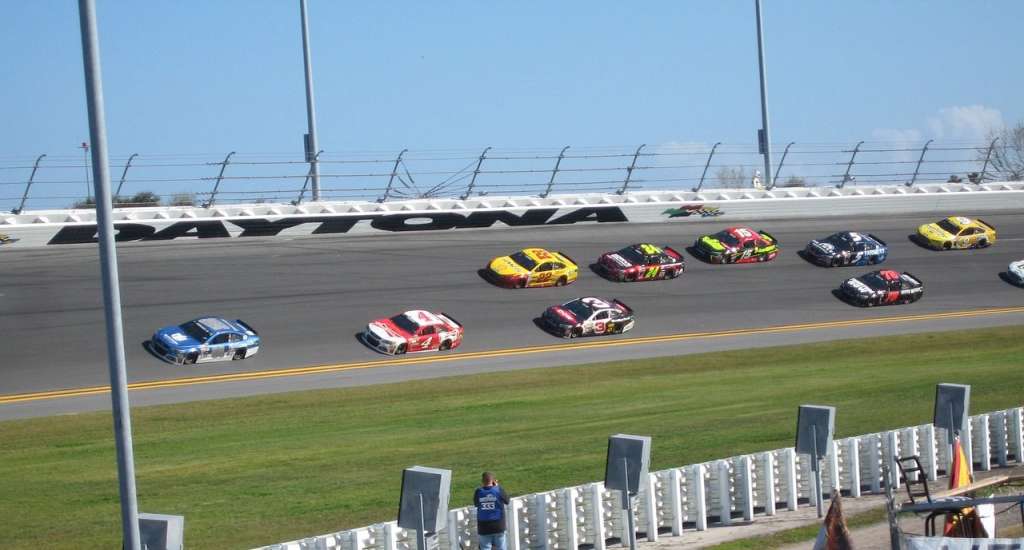 Cindric drove a masterful race at Daytona International Speedway and the Ford drivers synched their strategy all week, then executed their plan to perfection Sunday night. The blue oval drivers pushed each other over 500 miles and were bunched together for the final restart in overtime.

Cindric was the leader on the restart from the top lane and pulled out to a sizeable gap. He then ducked down to the bottom line in front of his Team Penske teammate Ryan Blaney so that Blaney and Cindric could work together over the final two-lap sprint to the finish.

Blaney on the final lap made his move for the lead, and Bubba Wallace ducked low for his own look at the front. Cindric slid up to block Blaney, but still had to hold Wallace off in a drag race.

A crash behind them brought out the caution and Cindric was ruled the leader and the winner. It’s the first career Cup victory for the 23-year-old Cindric, who was promoted from the Xfinity Series to replace Brad Keselowski in the No. 2 Ford and run for NASCAR’s rookie of the year honors.

Wallace finished second for the second time in his career in the Daytona 500 and was followed by a trio of Ford drivers in Chase Briscoe, Blaney and Aric Almirola.

Kyle Busch was sixth to join Wallace as the only Toyota drivers in the top 10. Michael McDowell was seventh, followed by David Ragan and Keselowski, and finally Chase Elliott in the only Chevrolet to finish inside the top 10.

Cindric, meanwhile, gave his family another one of the crown jewel trophies in motorsports. He’s the son of Tim Cindric, the president of Penske’s racing organization, and the maternal grandson of the late Jim Trueman, who fielded Bobby Rahal’s winning car in the 1986 Indianapolis 500. Trueman died of cancer less than a month later at age 51.