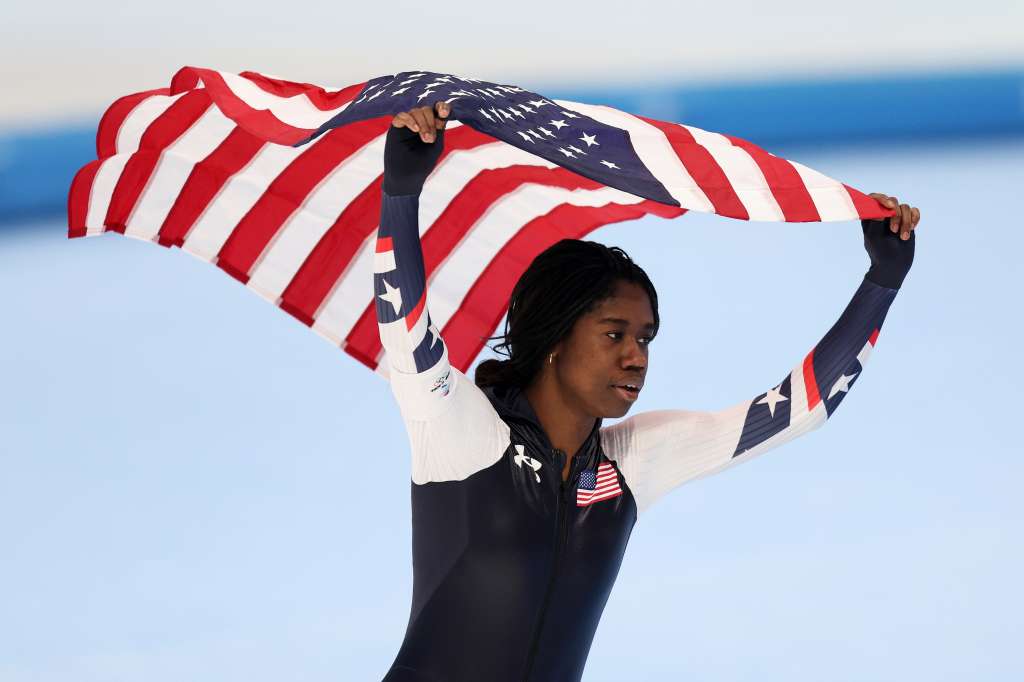 Jackson almost missed the Olympics after she had slipped during qualifying trials, but her teammate and friend Brittany Bowe gave up her own spot to ensure the world No. 1 was able to go to Beijing — and it paid off.

“I wish I could describe how I feel. It is amazing. This medal means so much,” Jackson told reporters.

At the US trials last month, Bowe had already qualified for the 1,000m and 1,500m in Beijing when she gave up her spot on the team to Jackson for the 500m.

“Right after the race, I knew that if it came down to me relinquishing my spot for her to be named on the team, I would do that because she deserves it,” Bowe told reporters earlier this week.

“She has earned the right to compete in her marquee event at the Olympics, and it was an honor to give her that spot for the opportunity to race for gold for Team USA.”

Jackson, meanwhile, spoke about the “flood of emotions” she experienced when Bowe gave up her spot, adding that “you don’t really know what you feel.”

Bowe ended up also competing in 500m after other countries returned qualifying slots for the Games and some were reallocated to the US. She placed 16th in a time of 38.04.