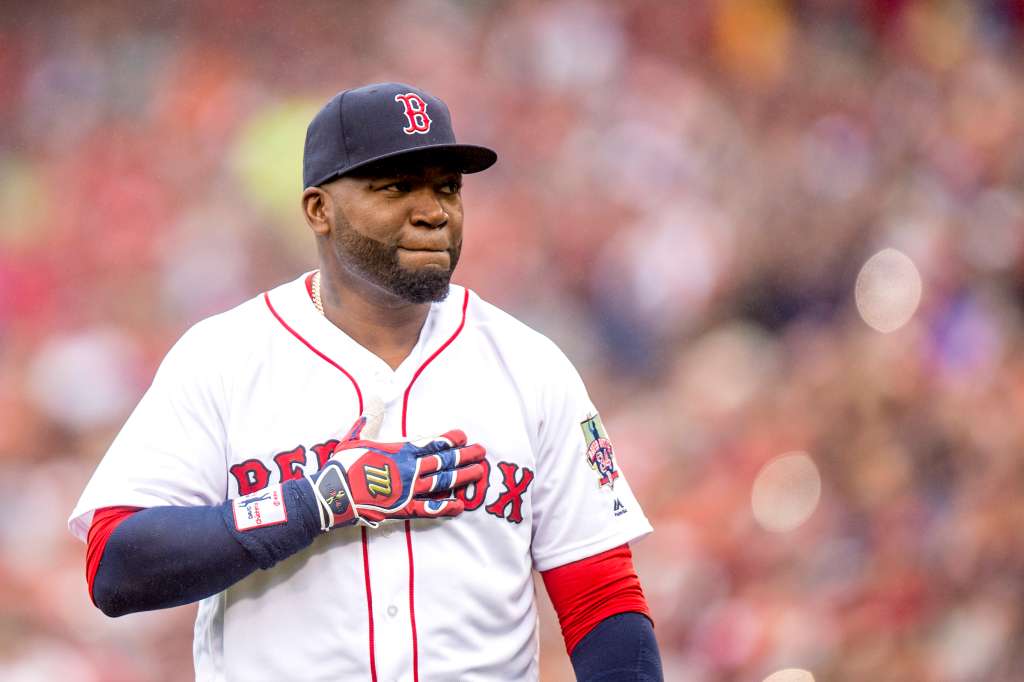 Ortiz played six seasons for the Minnesota Twins before joining the Red Sox in 2003 at age 27.

“While my path to Boston took 10 years (including stints in the minors), those 14 years in a Red Sox uniform were the best of my life. We broke the curse and then got two more championships before I retired in 2016 — what a sweet and beautiful journey it has been,” Ortiz said.

Ortiz, a 10-time All-Star known, will be inducted into the Hall of Fame in Cooperstown, New York, on July 24. Ortiz received 77.9% of the votes cast, just more than the 75% needed for election.

Ortiz also was the subject of steroid speculation after he reportedly tested positive in anonymous survey testing in 2003. MLB’s official testing program went in effect the next year and Ortiz never failed.

Red Sox owner John Henry said Ortiz shifted the team’s narrative from one of curses — it was decades between titles after the Red Sox sold Babe Ruth — to winning moments.

“David’s most meaningful and profound contributions, however, are not fully reflected in trophies and awards, but rather on the faces of every player held in David’s bear-hug embrace over the years, by our memories of stirring dugout rally speeches, and with his fist raised in solidarity with our community during its darkest hour,” Henry said, referring to Ortiz’s expletive-included speech after the Boston bombings.

Bonds and Clemens were linked to the use of performance-enhancing drugs through the 2007 Mitchell Report by senator-turned-baseball-investigator George Mitchell. But neither player ever failed an MLB test for steroids and Bonds only admitted to using substances he said he was told were an arthritis balm and flaxseed oil.

Clemens said in a statement he didn’t play baseball to get into the Hall of Fame.

“I played to make a generational difference in the lives of my family. Then focus on winning championships while giving back to my community and the fans as well,” he tweeted. “I gave it all I had, the right way, for my family and for the fans who supported me.”

Bonds posted on Instagram: CONGRATULATIONS Big Papi on your induction into the Hall of Fame! Well deserved…I love you my brother.”

Bonds and Clemens were not the only controversial former players on the ballot. Alex Rodriguez, who hit 696 home runs in his 22-season career, was eligible for the first time, and Sammy Sosa, who hit 609 homers, was in his last year of eligibility on the writers’ ballot.

Rodriguez tested positive for anabolic steroids in 2003, before penalties were in place, and admitted to using “a banned substance” after the results were leaked in 2009.

Two years later, he was caught up in the investigation into the Biogenesis clinic that provided supplements such as human growth hormone and testosterone to players. Rodriguez missed the 2014 season because he was suspended for use of PEDs over several years. He received just 34.3% of votes cast.

If the vote were on statistics only, Bonds, Clemens and Rodriguez would have been shoo-ins.

Bonds, who played left field for the Pittsburgh Pirates and San Francisco Giants during his 22-year career, is Major League Baseball’s all-time leader with 762 career home runs. He hit a record 73 in one season.

He was named National League MVP a record seven times, including four seasons in a row, and won eight Gold Glove awards for his defense.

Clemens, a dominating starting pitcher, racked up 354 wins and 4,672 strikeouts over his 24-year career with the Boston Red Sox, New York Yankees, Toronto Blue Jays and Houston Astros. Clemens ranks third on MLB’s all-time strikeouts list and is ninth on the all-time wins list. He was on two Yankees World Series-winning teams.

Rodriguez finished fourth all-time in home runs and RBIs, won three MVP awards and was on one World Series winner. During his career, he played shortstop for the Seattle Mariners and Texas Rangers and third base for the New York Yankees.

There is still a chance Bonds, Clemens and others who are no longer eligible on the writers’ ballots will be voted into the Hall of Fame. This year, the Today’s Game Era (1988 to now) Committee will vote in December for the class of 2023.

According to the Hall of Fame, that committee comprises 16 voters who are members of the hall, executives or veteran media members.

In 2019, former pitcher Lee Smith and former right fielder and designated hitter Harold Baines were elected by the committee.